NORMAN: The Moderate Rise and Tragic Fall of a New York Fixer (2017) 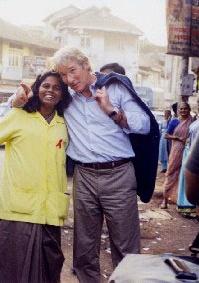 Sometimes you feel like a nut. Sometimes you don't. You won't get that until the end of the movie. One that is well worth sitting through to groan at my little pun!

So here we have Richard Gere. I never thought I'd see the day when he would totally dampen down his sex-appeal to play a character as quirky as this one. Gere is Norman Oppenheimer--a New York City flim-flam man. A schemer. A dreamer. A name dropper. Always working some angle that's going to hopefully put him into the black. But he's not very good at it. The epitome of those who live lives of quiet desperation, and he wears that look like it's painted on him from start to near finish of Norman:The Moderate Rise and Tragic Fall of a New York Fixer.

And while Norman has some visually delightful and imaginative cinematography, Gere's character is as drab as anyone could ever look. He wears the same overcoat and "old guys' cap"--you know, the one that's supposed to look sporty but only old dudes wear them--throughout the entire film! Wardrobe expenditure for Mr. Gere: next to zilch.

Where Norman's rise begins is when he gloms onto Micha Eshel  (Lior Askenazi), a visiting Israeli politician. He buys the man a pair of shoes at a swanky boutique and nearly faints dead when he sees the price tag.  It turns into the best investment of  his life when Eshel becomes the Israeli prime minister.  For a while, Norm is living his dream of schmoozing with the movers and shakers. But where there are politicians there will be scandal, and our man finds himself smack dab in the middle of it, headed for a fall (hey, they tell you that in the title, so no spoiler there).

His years as a major heartthrob may be a thing of the past, but Gere is adapting nicely and establishing himself as a fine character actor. And there are noteworthy performances from Steve Buscemi--as a RABBI no less; and Charlotte Gainsbourg (Antichrist; Nymphomaniac) who uncharacteristically keeps her duds on the whole time while delivering a sensitive portrayal as Norman's chance encounter on a train. And Lior Ashkenazi's character, whether he's up or he's down, is muy sympatico throughout.

The thing I pondered as I left the theater is whether our protagonist changed even a whit in the end. Because Norman has only one gear (pardon the pun), but it's fascinating to watch him roll through the stops signs as he goes for broke at every turn, desperately trying to stay in the race.

JILL'S TAKE
The best thing about this loser of a movie are the puns it created in Tim's review. I kept thinking "This has got to get better!" But it didn't. Not by a long shot. It's never easy to sit through a film where the main character is so desperately needy and sychophantic. And I, for one, prefer Richard Gere as an aging sex symbol to a smarmy weasel like Norman Oppenheimer. I have to give the director Joseph Cedar credit, though, for enlisting the talents of so many fine actors. Steve Buscemi was already mentioned but there were cameos by the likes of Michael Sheen, Hank Azaria and Harris Yulin. But that's the ONLY thing I'll give Cedar credit for.
I still don't know what half the movie was about – and couldn't care less. I found the score intrusive when it interrupted those endless conversations Norman insisted on having with people who avoided him like The Plague. There were so many loose ends in the script that it felt like a shag rug gone rogue.
But I try to find something positive in every review I write, so here goes: I applaud the acting of Lior Ashkenazi. Very believable. (And it probably doesn't hurt that he's an Israeli playing an Israeli politican!) Interesting last name:Ashkenazi Jews are people who are descended from the Jewish population of Central and Eastern Europe. Around 80% of the Jewish people around the world are Ashkenazim, including most American Jews.
Regardless of what you believe, "Norman: The Moderate Rise and Tragic Fall of a New York Fixer" is – like its subtitle – painfully long-winded and uninviting.
Grade: D -
Posted by Timoteo at 12:04 PM