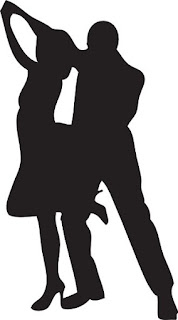 
Not since Fred and Ginger have I seen a couple trip the light fantastic as if they are dancing on air--in fact Ryan Gosling and Emma Stone literally do rise into the air and dance among the stars in one of their numbers in the feelgood movie of the year, La La Land.

Who knew what they were capable of?
The tone is set in the opening scene. A line of cars stuck in a traffic jam on an L.A. freeway. Then, one by one, the peeps get out and begin frolicking about--on top of their cars, everywhere--in an energetic and acrobatic number requiring part accomplished dancer and part stunt person to pull it off--to the tune of Justin Hurwitz's  bright and bouncy "Another Day Of Sun."
Take the infectious energy and the sheer kinetic joy of the final scene in Slumdog Millionaire and ladle it liberally throughout an entire film and you have La La Land; set in present day Los Angeles and Las Vegas, yet unabashedly paying homage to the big screen musicals of the past.
In many of those musicals that we recall, the plot could seem like little more than a vehicle to get you from one song and dance number to the next, but here we have a developed romantic set up that would stand on its own minus all the great music--with echoes of Streisand and Redford in The Way We Were.
Sebastian (Ryan Gosling) is an accomplished jazz pianist (and he is really playing--no body double) who dreams of one day opening his own club. Mia (Emma Stone) is an aspiring actress who drags herself from audition to audition, frustrated by her lack of landing a significant part. From their initial "meeting" (she flips him off from her car window after enduring his incessant honking) they appear to be an unlikely couple, but the traditional rom-com formula--opposites attract--is in play here, as they keep running into each other, and eventually discover they are each pursuing a dream, and maybe they'd be better off chasing rainbows together than separately.
And while La La Land soars into the stratosphere musically, kudos go to writer-director Damien Chazelle for keeping the plot grounded in down-to-earth reality. Couples meet...they fall for each other...all looks rosy at the start...time passes...they have their differences... the relationship is tested. Sometimes it all hinges on careless words uttered during an argument.
After the screening, I ducked into the restroom and encountered a guy who was standing at the urinal, whistling and humming the haunting refrain from the main theme in the film, which goes: da da DA da da de da...da da DA da da da de...and doing it in a very accomplished manner! (Don't know if anyone has ever been discovered and put on America's Got Talent under such circumstances.) Obviously, he was taken with the movie. As was I.
La La Land is likely up for a slew of Oscar nominations. It's a milestone of a film, coming along at the time it did, in the respect that we may not see anything quite as breezy or gleefully life-affirming in tone from Hollywood any time again soon (considering where the world could possibly be headed), for like, the next four years.
Grade:  A

I give Tim's review a lot higher grade than La La Land. But readers of our jointly-written opinions tell me they much prefer when we don't see eye to eye. (Or, in this case, toe to toe-tapping!) My lack of enthusiasm may be due to a serious lack of sleep the night before I saw it.  Still, I felt La La Land was trying too hard to be original. (A poor man's version of the 2012 Oscar winning The Artist – which I thought was brilliant.)  Like The Artist, La La Land takes us back in time to the glory days of Busby Berkeley. Huge production numbers, each one more lush and dazzling than the one that came before it.

For me, the real star of La La Land is Mandy Moore. (No, not the actress in NBC's new hit series This Is Us. I'm talking about the choreographer who has honed her skills creating the production numbers on Dancing With The Stars and So You Think You Can Dance.) To quote Miss Moore, she admits that choreographing the numbers inLa La Land has been "the Super Bowl of my career." And she definitely deserves Super Bowl applause!
The fact that movie actors are now required to sing in roles that require it (i.e. Les Miz, Ray, Walk The Line, etc. ) is proof that today's crop of superstars deserve their mega salaries. Gone are the days of lip-synching and cringing while watching Clint Eastwood as Pardner in Paint Your Wagon.... (Amen!)
For all the hoopla surrounding this film's seven Golden Globe nominations, I still say it doesn't hold a candle to The Artist. I also felt some of the musical numbers were way too long. It will be interesting to see if La La Landwins the same amount of awards at Oscar time. (If it does, I've promised Tim I'll kill him!)