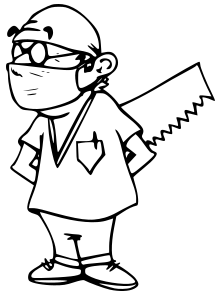 
Remakes are seldom as good or have the same pizazz as the original (a notable exception was The Thomas Crown Affair). And if we're going to compare and contrast (which we are) Death Wish 2018 with the original 1974 film starring Charles Bronson, the latter version is a misfire. You can't call it a remake, really, so much as something loosely based on the original.

Paul Kersey (Bruce Willis) is a Chicago surgeon with a nice life. Beautiful wife and daughter. When three intruders break into his home, his wife is killed and his daughter ends up in a coma. Thus begins the transformation, and the irony, of a man who has dedicated his life to saving lives turning into "The Grim Reaper"--cold-blooded judge, jury, and executioner of the violent street scum that have turned Chicago into the murder capital of the country.

Charles Bronson had the ability to be debonair and dangerous at the same time, and that's what made him intriguing. Bruce Willis is a blue collar guy all the way, and thus hard to swallow as a surgeon from the get-go. He plays it deadpan pretty much throughout, and without the smirking wise-ass persona we've come to know and love, there's not a lot of charisma there. The producers are counting on name recognition alone to put butts in the seats.

The original Death Wish was pretty shocking. It contained one of the most brutal and graphic rape scenes ever for a major film. Wisely, the new version doesn't go there. Which is not to say it doesn't have a ton of violence and gore--whether it's in the operating room or mowing down the bad guys with an increasingly deadly arsenal of firepower. Bruce's Paul Kersey not only offs the perps, he tortures them as well. Bronson's vigilante had too much class for that. He just did what he had to do...plugged 'em and got the hell out of Dodge. All the way to Tucson, with its  established historical precedent for the kind of frontier justice he was meting out. It was a fitting backdrop. Our contemporary vigilante never makes it out of Chicago, and I guess that might turn anybody into a monster.

The similarity is in the message. Fight fire with fire. The end justifies the means because it's often a long wait for the cops to arrive. Only the timing for Death Wish 2018 couldn't have been worse, as a wave of anti gun sentiment now sweeps across the nation.  Even so, you may catch yourself rooting for Mr. Kersey and his do-it-yourself approach...until you stop and say: what am I thinking?

That's the times we live in.

I kind of knew what to expect from my co-reviewer (since the original Death Wish was one of his very favorite films) but I didn't expect that I'd like this latest version as much as I did.  Of course Bronson's Paul Kersey as an architect was a lot easier to buy than Willis' surgeon role.  But when payback time began, and Die Hard Brucie got down to the business of killing, he became totally believable. Still, the choice by screenwriter Joe Carnahan to make our main character a surgeon was a tad dicey.  (Can you picture any of the surgeons on "Grey's Anatomy" behaving in such an unsavory manner?)

But I was definitely seat-of-the-pants involved with this thriller. The part of Kersey's somewhat shady brother Frank was beautifully portrayed by Vincent D'Onofrio. (He's one of these actors you've seen on TV and in movies but can't quite place.)

And in an eerie example of life imitating art, the actress who plays Kersey's wife, Elizabeth Shue, was just in the news recently, pleading for any information leading to the arrest of the person who repeatedly stabbed her 20-year-old nephew on the streets of London.

My only nitpicking comment?  We should all be as quickly healed as Bruce Willis was from all his serious bodily injuries....

Be forewarned -- there's a lot of maiminig in this movie.  So if the sight of blood makes you queasy, go see Sherlock Gnomes instead.