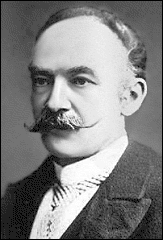 They don't make 'em like that anymore, I found myself thinking, after being swept up in this second film adaptation of the classic Thomas Hardy novel. The latest rendering of the tale is greater than the sum of its parts--with four accomplished performances from the lead actors, exquisite cinematography, and a captivating music score from Craig Armstrong--all combining in just the right measure to make Far From The Madding Crowd a masterful achievement.

Carey Mulligan is the spunky Bathsheba Everdene, and the only misgiving I might have about casting her in the lead role is that she's rather a wisp of a woman, and in the nineteenth century methinks it may have been more commonplace for such a headstrong lass to carry a little more meat on her bones, which no doubt would have made it easier to "throw her weight around" with the men. That aside, Mulligan is a superb Bathsheba, who comes to Weatherby as the mistress of a manor-house and finds herself awash in suitors. There is Gabriel Oak (Matthias Schoenaerts), a shepherd in her employ; William Boldwood (Michael Sheen), a well-mannered gentleman; and the dashing military man--but certified head case--Frank Troy (Tom Sturridge).

Thomas Hardy knew how to weave a tale--with the elements of fate, chance, and circumstance playing out in highly dramatic fashion. And if the story is to be believed as a reflection of the times, then folks didn't date or get to know each other much socially before jumping in with both feet. You'd meet a lady, and the next time you saw her you might be asking her to marry you!  I found myself thinking wistfully about all the expense and angst a poor guy could spare himself if the same quaint attitude were prevalent today. You pop the question early on...and get a thumbs up or thumbs down...or maybe a maybe-- but at least you've got something to go on. Not like today, where the participants in most relationships are so confused they can't tell if they're coming or going!

Maybe that's the crux of why I was taken in by Far From The Madding Crowd.

Yes, indeed. A lot of romantic intrigue can happen on a sheep farm. (And not just with the sheep!) Far From The Madding Crowd is, in my view, cinematic escapism in the finest sense of the word. The scenery is breath-taking, the acting top notch. And I daresay Michael Sheen (of "Masters of Sex" fame) will be nominated for a Best Actor in a Supporting Role award next Oscar season. Because it's Thomas Hardy writing this tale and not Quentin Tarantino, there is very little bloodshed. And yet you can cut the tension with a sword, as swashbuckling psychopath Frank Troy does.

Does anybody remember a 1967 Swedish film titled Eliva Madigan? This film had the same lush cinematography and expansive score. It swept me willingly into a different time, a different place. I hated the villain and rooted unabashedly for the hero. It's a shame more movies based on literary classics aren't made. It was such a relief to see a film with no cell phones or madly texting heroines.

If I have anything bad to say, it's about Hardy's title. I had to look up the word "madding" (1. acting madly or senselessly; insane; frenzied: a quiet place far from the madding crowd. 2. making mad: a madding grief.)

Posted by Timoteo at 3:03 PM No comments: 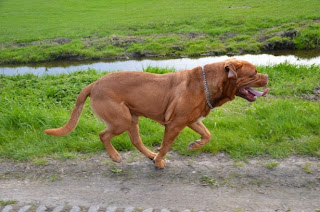 Every dog has its day. But none more satisfyingly than in this quirky little Hungarian film--and I'm tempted to attribute its weirdness to just that--about canines taking over the city and getting revenge on everyone who had been mean to them. I like the premise, but...

There's a lot of really unwatchable stuff near the beginning taking place in a slaughterhouse/ meat packing plant--guts and innards spilling all over the place. Really gross--so only go if you've got a strong stomach.

A young girl, Lili, takes her mixed-breed dog, Hagen, to stay with her divorced dad for a while, only the dad is a real A-hole and hates the dog. She takes Hagen to band practice  with her and her music teacher is another A-hole and hates the dog too. In fact all the adults in this movie hate animals. Hagen falls into the hands of some maniacally obsessed dog catchers, and then ends up in a dog fighting ring, and is exploited and abused until finally escaping and taking scores of other mutts with him as they rampage through the city on a dogged mission to settle the score with everyone who abused them. Lili is on her own quest to find and reunite with Hagen, who has now become the Fidel Castro of the canine world, leading his charges through the streets in what is the true genius and creative fascination of the film--the work of the animal trainers who pulled off some quite remarkable scenes.

White God (no explanation for the  title, other than God being dog spelled backwards) is a fantasy, horror flick, and morality melodrama rolled into one. The adult characters are all on a par with the Wicked Witch Of The West in their  mean-spiritedness, exaggerated  to the point of where you'd nearly expect a chorus of boos and hisses to come raining down in the theater, but they serve as a metaphor for the oppressors of the world getting their comeuppance from the downtrodden masses--exploited and treated like dogs until they rise up and revolt.

Tim and I saw White God almost two weeks ago. When we left the theater, he mumbled something about not being sure he'd actually review it. I was secretly relieved as I didn't know what the heck I'd say about this really strange movie. In spite of it's ridiculous premise and one-dimensional script, I found myself rooting for Hagen and his four-legged minions. I also felt ashamed of the cruelties perpetrated on man's best friend by man. Still, as the end credits rolled and reality once again entered my consciousness, I turned to Tim and sighed, "What a waste of time that was!"

I especially balked at the premise that all mongrel dogs (here comes the metaphor!) were automatically seized and impounded. Like the Jews in Germany, the Christians in Iraq, etc. But it certainly gave you a dog's eye view of the world. Cars whizzing past; loud, unfamiliar noises; food as bait. And Hagen, whose real name is Luke—owned by the Arpád Halász' the head dog trainer—was amazingly believable.

Still... My advice? Go see Disney's 1955 animated classic Lady and the Tramp instead.

Posted by Timoteo at 9:44 PM No comments: