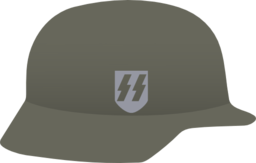 Mark Hogancamp's story is the stuff that movies are made of. And that brings us to Welcome To Marwen. Mark, an artist in upstate New York, goes out drinking one night at a local bar where he meets some guys who seem friendly. They yuck it up for a while, and then the  tipsy Hogancamp reveals that he is a cross-dresser--he likes to wear women's clothing--with a special fascination for shoes, of which he has a closet full. As he's leaving the bar, he is attacked by the men--who turn out to be neo-Nazis--and beaten to within an inch of  his life.

When he emerges from a coma, a good chunk of Hogancamp's memory is wiped out. He reverts to an almost childlike emotional state, reacting to his  PTSD by creating a fantasy art installation--a village set in World War 2 Belgium where he is the fighter pilot hero--with a bevy of fetching dolls who are counterparts for some of the real women in his life--played by Leslie Mann, Janelle Monae, Eiza Gonzales, Merritt Weaver and others. Together they set about kicking some Nazi butt. This is his therapy.

Steve Carrell--and you'd be hard-pressed to name a finer thespian today--is Hogancamp in the flesh, and director Robert Zemeckis brings the village and the dolls to life in animated sequences that will blow you (as well as the Nazis) away! Welcome To Marwen has to be commended on its sheer inventiveness alone. The back and forth from Mark's fantasy world to his real life where he is avoiding a court date to face his attackers has come under fire (I'm using a lot of puns here) from critics. They say: it's not quite a comedy and not quite a drama;  gooey dreck;  it's disjointed...

If there's one thing you can count on from film critics, it's a tendency to over analyze. Because they think that's their job. (I've touched on this in previous reviews.) So they seize upon it and dissect it in a cold and calculating way. As if there were ever a perfect film. (Last Tango In Paris notwithstanding!)

I operate on a more human level. I like what touches me. Sometimes that's difficult to define. I like scenes where I'm going OH WOW--as in when Mark's dolls are marching in lockstep toward the Nazis...looking seductive...with machine guns tucked behind their backs...to the thumping beat of Robert Palmer's "Addicted To Love." That's worth the price of admission right there.

I liked Welcome to Marwen.  Because I so respect the sincere artistic effort and vision that goes into the making of any film, especially one that takes the chances and flat out goes for broke as this one does. But everyone isn't going to look at a painting and see the same thing. And that's the beauty of movies. You read one review. You read another that's totally different. Someone saw something or got something out of it that you didn't, or vice-versa. Just like real life.

Call me just another nasty critic but Welcome To Marwen left me colder than a nazi-killing doll. Aside from those other reviewers' quotes that Tim already mentioned, I'd add 'meandering, even meaningless' – unless you find dolls easier to communicate with than humans. But while I'm on the subject of dolls, I must give tremendous credit to those doll designers and digital artists that made these imaginary figures come to life. (Too many names and categories to mention.)

Still, the story was hard to understand and even harder to relate to. And Steve Carrell's performance often reminded me of the character he played in Dinner For Schmucks. He is such a gifted actor, I'm sorry he chose to appear in this movie. Especially since he was so good in another film out this year called Beautiful Boy. Ironically, both films focused on the destructive effects of alcohol. Only in different ways.

If any of you are Nurse Jackie fans (Showtime) or Godless (Netflix) followers, you will no doubt recognize Merritt Weaver in this film as the owner of the doll boutique. I'm impressed with the range of her acting. But I'd rather watch 20 reruns of Nurse Jackie or Godless than be subjected to visiting Marwen again. Once is one time too many!

Posted by Timoteo at 8:05 AM No comments: