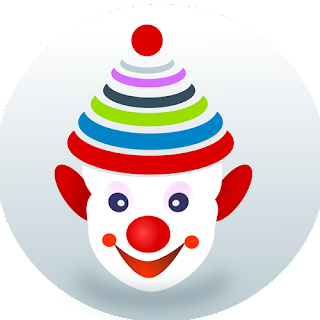 When does black comedy cross the line into just nobody's-laughing-now dark and disturbing? That's what I asked myself as I watched Joker--purportedly showing how Batman's nemesis got that way--which has its moments, and lots of them, but in the end is too gratuitously violent for anyone but teenage gamers, serial killers, and mass shooters to embrace without reservation. It's as if director Todd Philips is playing a grisly game of one-upmanship with Quentin Tarantino.

That said, I don't know anyone who can play a deranged psychopath with the kind of panache that Joaquin Phoenix brings to the role. Prancing around in his bizarre clown make-up like a marionette boogieing to the Bee Gees.

Phoenix is Arthur Fleck, an aspiring comedian who lives with his mother and does clown gigs at birthday parties for little kids. But he does stupid things like bringing a gun along with him, which slips out and clatters across the floor, prompting him to claim it was just a prop. Arthur--who wants to be called Joker--is a tragic figure who doesn't know whether to laugh or cry, but mostly he laughs--dementedly--at inappropriate times. People don't know how to take it, so they beat the shit out of him. One can only take so much of that, and Joker's breaking point comes when he guns down three tormentors on the subway. More carnage will follow as he sinks deeper into his psychosis and the film gets progressively nastier until you're asking yourself...what's the point of all this?

I had to think about what the intended message might be. Perhaps it's that we are one major crisis away from total chaos. (There's a garbage strike in the film's fictional setting of Gotham City, and folks are getting increasingly edgy.) Or that the vicious animal lurking inside us is always there just beneath the surface, ready to bare its fangs when the psychic  signal for batshit crazy mayhem flashes before our eyes.

Joker is purely a character study star vehicle for Joaquin Phoenix to strut his stuff brilliantly upon life's stage and become his signature performance.

Robert DeNiro as a TV talk show host serves to remind us that the movie's plot dovetails with that of The King Of Comedy.

The film has blockbuster written all over it, but I often have trouble with blockbusters because I find them to be too comic book slick for my tastes. We have gritty and grisly realism portrayed in unreal ways--as when Joker is running from the authorities and is smashed into by a car, flipping him onto the hood in a way that would either be curtains or a lengthy in-traction hospital stay for a regular person, but this wound-up cuckoo clock just shakes it off and keeps on running.

Joker, for those who can stomach it, presents a darkly disturbing view of a dystopian world that in many ways is already here.

Joker is without a doubt the most disturbing film I've seen since...I dunno. The Shining? Taxi? The Black Swan? Disturbing in a good way. (If there is such a thing!) It definitely makes you think. About mental illness, man's inhumanity to man, even our own breaking points. If you're longing to feel truly uncomfortable, Joker will do it for you.

I read online that Joaquin Phoenix shed 52 pounds before playing this part. Boy did he look emaciated. Which only added to his character's innate insanity. And watching his dance moves reminded me of Michael Jackson's Thriller. I'll bet a clown's outfit he studied those moves while preparing to play this part. So now, aside from Rene Zellweger's performance as Judy Garland, we have a second Oscar contender. Since he's already been nominated three times (The Master, Walk The Line and Gladiator), I'd say Joaquin Phoenix' chances of winning are spot on.

Not since John Williams' score for Jaws, have the suspenseful tones created by Icelandic composer Hildur Guðnadóttir made me squirm in my seat. And the unrelenting darkness Lawrence Sher's cinematography only added to my discomfort.

As I experienced this film, I wasn't quite sure when reality stopped and delusional thinking took over. And I believe I was meant to feel that way. After all, madness is never simple. The character's outbursts of laughter were particularly unsettling. Later I learned that there's a specific malady with those characteristics called psuedobulbar affect disorder (PAD). In my view, Phoenix should win a Special Oscar just for being able to laugh nonstop for as long as he did.

Up until the last twenty minutes, I was ready to give this tour de violence an A. But Joker suddenly took a wrong turn in my view--from being a character study to being a message movie. I won't go into too much detail as I wouldn't want to ruin the movie. Suffice it to say that it could have easily ended a lot earlier.

Posted by Timoteo at 4:03 PM No comments: Links to this post 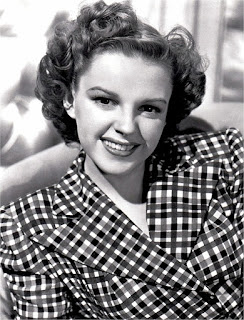 I've always been fond of Renee. She won me over in Bridget Jones' Diary. In Jerry Maguire, she had me at hello. A high point was her 2004 Oscar win for Cold Mountain. Then she took a six year hiatus from the acting biz. Since returning, she did a couple more Bridget Jones flicks. I didn't see them. I thought it was a regression. She was really getting typecast. She needed a good meaty role that was worthy of her true acting chops. So finally we have Judy--based on the play End Of The Rainbow by Peter Quilter.

The film focuses on a drug addled Judy Garland in decline, trying to make a comeback with a sold out five week stint at The Talk of the Town in London in 1969. It was make or break time. She had to leave her young kids behind. All the more reason to keep hitting the booze and popping those pills.

Judy flashes back and forth from that scenario to the teenage Judy Garland prepping for her role in The Wizard of Oz--manipulated and molested and put on a forced diet by studio head Louis B. Mayer. Initiated into the world of drug use at a tender age.

Renee Zellweger inhabits her character in a way that is downright scary. It is a bravura performance. On the other hand, there's a disconnect with the actress chosen to play the young Judy, newcomer (this is her second ever role) Darei Shaw. She doesn't look much like the young Judy Garland. She has the vulnerability of the young Judy, and maybe that's all director Rupert Goold was going for. But she lacks the fresh-faced girl next door quality that served the teenage Judy Garland so well in The Wizard of Oz.

There's a lot to like and appreciate about Judy. Zellweger does all of her own singing. It doesn't matter so much whether she sounds a lot like the real McCoy--what's impressive is that she's a pretty darn good singer in her own right. Add some flashy chorus girl production numbers and a captivating soundtrack from Gabriel Yared, and it had me grinning throughout. Yes, I smile, even when the story is sad. I'm smiling because of the brilliance of the artistry I'm witnessing.

Zellweger is almost assuredly a lock for an Oscar nomination for Best Actress. She's got my vote!

Darn, it's so much more fun to write our separate reviews when Tim and I disagree. 'Fraid not, this time. I knew I was in for a treat when the 11:30 am show was packed to the gills with Garland fans. I was lucky to get a seat!

So I guess the new trend for Oscar winners is to pick a part that brings back to life a tragically gifted singer who died too young. Rami Malek did it last year with Freddy Mercury. Renee Zellweger is doing it again this year with Judy Garland. Both actors literally became their legends. From looking like them, to imitating their exact movements on stage, both Malek and Zellweger were breathtakingly accurate. I predict that history will repeat itself at the 2020 Academy Awards show.

I read somewhere that the real Lorna Luft has opted not to see the movie of her mom. I don't blame her. It's painfully realistic. But unlike most films about addicted artists, Garland comes off loveable. In a desperately needy way. And the flashbacks make us even more sympathetic to her predestined drug use. Watching the evil way Louis B Mayer manipulates young Judy makes Harvey Weinstein's actions pale by comparison. (not really.)

If I had to criticize something about this movie (and I'm grasping at straws here), I might pare down some of the musical numbers. But that last one? Better bring a box of Kleenex!

Posted by Timoteo at 10:50 AM No comments: Links to this post