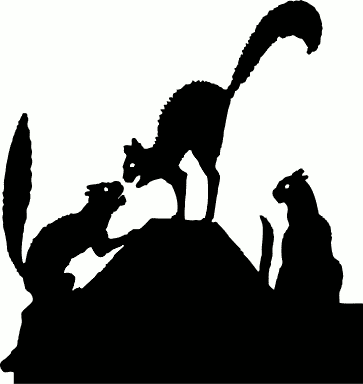 It's been said that all families are dysfunctional. Some are just better at keeping their dirty laundry from being sniffed by the neighbors. In August: Osage County,  Violet Weston (Meryl Streep) is the foul mouthed,  drug addicted matriarch of a dysfunctional family with a capital "D" that will get you to thinking that crazy old aunt Hattie wasn't so bad after all. It's all relative (pardon the pun).

Violet's hubby, Beverly, (Sam Shepard) has disappeared, and later turns up as a suicide.  Her  daughters Barbara, (Julia Roberts) Karen, (Juliettte Lewis) and Ivy (Julianne Nicholson) are summoned, with assorted "baggage"  in tow (a husband, a fiancee, a teenage daughter) to the old family home in  rural Oklahoma.  There is a funeral to attend. And later lots of bitching, bickering, recriminations,  put downs, name calling, obscenities flying like plates being smashed against the wall,  wrestling around on the floor, and so on.  All the things that families do during such solemn occasions.


Adapted from the Broadway play by Tracy Letts, August: Osage County keeps ratcheting up the tension until--if you are like me--you are sitting there completely fascinated, absorbed, and  dumbfounded by the bravura performances of Meryl Streep and Julia Roberts. Both deserve Oscars.  The rest of the cast ain't too shabby  neither,  including Juliette Lewis--one of my favorites ever since I saw her in the bizarre From Dusk Till Dawn. She always plays some type of bimbo, but she does it so well!

Fifty years from now, August: Osage County will be spoken of in the same breath as Streetcar Named Desire and other classic films that we look back upon today.

That's how freaking good this movie is.

Compared to this family drama, Eugene O'Neill's Long Day's Journey Into Nightseems like "Little House On The Prairie." Funny as some of the dialog is, calling AUGUST: OSAGE COUNTY a comedy is like calling chitlins haute cuisine. I particularly liked the portrait author Tracy Letts painted of Meryl Streep's character. Zonked out as she was on pills, nothing got past this woman. And I mean nothing. Despite her eldest daughter's happy facade, she knew her marriage was in shambles. She also knew that another daughter's latest beau (played to sleazy perfection by Dermot Mulroney) was up to no good. Every family secret was hers for the telling—and tell them she did. Over and over again. I haven't always been a Meryl Streep fan. My ex and I used to call her "Meryl Weep." But this time she outdid herself. Considering this is her 18th Oscar nod she must be doing something right.

Not to sound like a theater snob but when I saw that this movie was originally a stage play, I breathed a sigh of relief—knowing the characters would be multi-dimensional and the lines they spoke would crackle with originality. An ensemble piece, AUGUST: OSAGE COUNTY gives each actor a chance to shine. Chris Cooper plays an overly tolerant good ole boy brilliantly. His wife Mattie Fae, portrayed with faux joviality by Margo Martindale, is wonderful to watch. The only thing I might criticize (if forced to at gunpoint) was the ending. But I'll let you decide for yourself.

Posted by Timoteo at 9:56 PM No comments: Links to this post