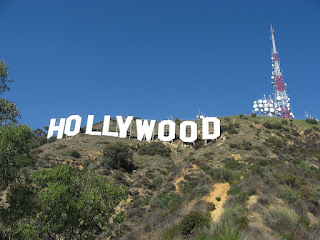 When we buy a ticket to a Woody Allen film we know that he will be dispensing his philosophy on life, love, sex and mortality through his characters. As I've mentioned in previous reviews, we can often close our eyes when a character is speaking and see him standing right there--the voice of the master coming through loud and clear. (Allen narrates the story as we go along as well.)

It's an acquired taste. But for true aficionados, Cafe Society will provide some very pleasant rewards--offering up a sumptuous feast of fine acting performances, gorgeous milieu, and a nostalgic soundtrack of classics from the 1930s.

Young New Yorker Bobby Dorfman (Jesse Eisenberg) heads to Hollywood seeking gainful employment, hitting on his big shot talent agent uncle Phil (Steve Carell), who eventually takes him under his wing. Phil's assistant, Vonnie, (Kristen Stewart) gives Bobby the nickel tour of the Hollywood scene, and before you know it he's smitten by her. After some initial coyness, she takes a shine to him as well. But Vonnie has divided loyalties, and I won't spoil what that is all about for you.

The scene will shift to New York, where Bobby's gangster brother, Ben, runs a posh nightclub. Bobby hires on there, and matures into a suave and debonair thirties kinda guy. He marries the alluring Veronica (Blake Lively), and all seems well until his past shows up one day at the club, and divided loyalties once again becomes the watchword of Cafe Society.

Jessie Eisenberg is the Peter Pan of Hollywood. Now 33 years old, he continues to play characters in their early twenties and gets away with it.  He is totally believable here as the callow kid who heads out west, and again as the smooth talking nightclub denizen--looking more like his chronological years. (I wonder if they had to "age" him cosmetically to make him look like what he really is. Bizarre.)

Kristen Stewart imbues her character with a sweetness and a vulnerability I haven't seen from her before ( recalling her sizzling turn in On The Road from 2012.)

And it's Steve Carell in another understated role, proving himself an actor with depth, as I'm sure he must still feel the urge sometimes to break out into the comic persona that established his greatness for a long while, but he seems more fond of the straight face nowadays.

Cafe Society drew me into its world of elegance and style, and a pre-war kind of innocence that, if you're like me, you may never want to leave.

Phooey! Tim made all the points I was going to make. I absolutely loved this film and I'm not necessarily a Woody Allen fan. (Zelig, The Purple Rose of Cairo and Deconstructing Harry, to name a few of my thumbs downers.) But this film was romantic to the max with what I like to call 'Jewish realism.' Yes, the actors were brilliant. And yes, the sets and the costumes--especially the jazz singer wearing a huge peacock-feathered beret were spot on! But in my view the best character of all was -- the score.

Allen chose wisely, using sentimental tunes like "Tea For Two" while showing a freshly murdered corpse being dumped into a cement-mixing grave. If ever there was a film where the music manipulated the audience's emotions, Café Society takes the cake. Of course, as an excellent clarinet player himself, Allen's musical knowledge knows no bounds.

Although this has nothing to do with the movie, I want to make a point. When I told a friend I was looking forward to seeing Woody Allen's latest, he bristled. "Not me, I refuse to see any of that creep's movies, considering how he's conducted his personal life!" I said nothing. But I think it's worth mentioning. For me, talent trumps dysfunction. I know other movie-goers who won't see a movie if the actor's political views don't jibe with their own. How sad. They often don't know what they're missing.

Anyhoo, back to Café Society. I'd like to give it an "A" grade but, to be honest, I'd probably give any well-written dramedy an "A" right now due to the dearth of any decent summer films....

Posted by Timoteo at 3:59 PM 2 comments: Links to this post