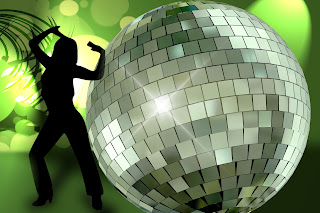 There are plot driven films and there are character studies. Plot driven films typically don't have much character development. Character studies are not heavy on plot. Gloria Bell, a remake of the 2013 Spanish language film, Gloria, is a character study. So the whole thing rests upon the likability and the nuance that Julianne Moore brings to her role as Gloria--a middle-aged woman with two grown kids who is putting herself out there again and is looking for love--a bit too eagerly--in all the wrong places.

In this case it's a Los Angeles area disco she likes to frequent--which gives us the opportunity to groove on some good dance tunes--and where she gets picked up by Arnold (John Turturro), an ex-marine and as unlikely a guy that a still hot woman such as Gloria is likely to go home and jump into bed with as you'll find. But that's what they do. The sex seems okay, but not earth-shattering from what we can see.

Both Arnold and Gloria have this wistful look in their eye throughout the whole movie. They seem haunted by their pasts and somewhat baffled by the present. Gloria feels dissed when Arnold repeatedly takes calls from his ex or his kids while he is with her and doesn't give them the scoop about his new relationship. He has reasons for not acknowledging her to others, but it' s the kind of stuff guys always give out as a smoke screen when they like you but they're not totally committed. And Arnold has a baffling and frustrating habit of disappearing on her at odd times, ostensibly to get his head together.

On the up side, there are multiple chuckles in Gloria Bell as well, as two damaged people try to figure out what love is all about when love is no longer as simple as a white picket fence and 2.3 kids running around in the yard beating the crap out of each other. It's a film about the melancholy state of people who are constantly searching for something or someone outside themselves to heal them. They never find it. But that doesn't stop them from looking.

With any luck, Gloria may find herself in the end.

JILL'S TAKE
Readers of our reviews often tell me they much prefer when Tim and I disagree. Well, get ready, folks! The two best things about this dreary, seemingly endless film are the music and the trailer. (That was what made me want to see it in the first place!) My mistake. I know I've made this point before but I strongly believe movie-goers must either love or hate the characters they're watching on screen. Or at the very least feel something about them. But both Gloria and Arnold are so...uninteresting, really. And the story, so predictable.
Okay, I've had my rant. As Tim already mentioned, Julianne Moore has—at age 58—well-maintained breasts. And she's been in some first-rate films. One for which she won a well-deserved Oscar. (Still Alice, 2015). But this role wasn't worthy of her. And while I'm on actors, John Turturro was terrific in the Coen Brothers' Barton Fink. In Gloria Bell? Not so much. His sad-eyed, creepy performance was pretty much the same throughout. As the end credits rolled, I was amazed how many well-known actors participated in this movie: Sean Astin, Jean Tripplehorn, Michael Cera, Brad Garrett.
I did love the score, though. It was consistently disco and, for me, the saving grace of Gloria Bell. (The only bell that rang true for me!)

Posted by Timoteo at 8:15 AM No comments: