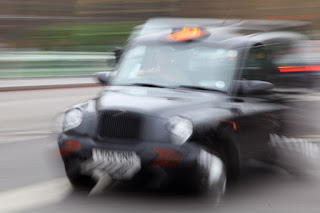 Mitch Rapp (Dylan O'Brien) sees his fiance gunned down by terrorists in a bloody massacre. He himself is seriously wounded. Eighteen months later he's doing a Rocky Balboa style training regimen--punishing those punching bags and target shooting...with automatic weapons. He's out for revenge and ready to kick some ass. Next stop, CIA black ops. His crusty, highly skeptical mentor, Stan Hurley (Michael Keaton) challenges him to prove himself at every turn. Now he's ready to head overseas and stick it to the bad guys. BAM BAM! BOOM BOOM!

There's a rotating cast of bad guys that need hunting down. They all must be taken out in bloody and grisly fashion. BAM BAM! BOOM BOOM!  One group is trying to get their hands on a nuke.The stakes have been raised exponentially.

The plot, as is often the case with film adaptations of novels, is fast moving and will leave you in the dust if you look away for a moment to retrieve the popcorn you've dropped onto the floor for the purpose of stuffing it right back into your mouth. Like you, American Assassin tries to cram too much into a small space--in this case the just under two hours running time--consequently each plot element is given short-shrift and it's onto the next at breakneck speed.

VROOM VROOM! The cars are chasing each other through the winding streets of Rome and other exotic locations. While all of the surface level stuff is smashingly well done--the cinematography; the editing; the stirring score--in the end American Assassin is your standard revenge-justifies-any-and-all-means movie fare.

The only noteworthy acting turn is Michael Keaton's jaded hard-ass Stan Hurley. Beyond that, I have to ask myself why is it necessary for another film of this nature to exist? The ongoing, ear-piercing rat-a-tat; the cringe-worthy scenes of torture. It blends in with all the other nasty scenes from all the similarly nasty films out there that promote gratuitous violence (which American audiences feast upon like buzzards at a road kill). Which could have been mitigated to a degree had they attempted to place it in the context of a narrative that at least skimmed the surface of the complicated issues of why this tragic and unwinnable clash of ideologies exists in the first place. It's hard to take a film ostensibly about combating evil seriously when it's obvious the primary reason for making it is, in fact, the "root of all evil."

In the beginning, I was hopeful that maybe, just maybe, there'd be a kind of father-son relationship (a la John Wayne and Montgomery Clift in Red River) that would sustain my interest. I was wrong. Still hopeful, I thought maybe the love/hate trainer/trainee plot would make the movie watchable. (Remember Lou Gossett and Richard Geer in An Officer And A Gentleman?) No such luck.

Since a nuclear threat is currently sharing the news with hurricanes and earthquakes, American Assassin is at the very least timely. Perhaps if Kim Jong Un (AKA Rocket Man) was forced to watch it, he'd change his mind about nuking us. After all, despite impressive graphics when a nuclear device does in fact explode under water, nobody dies. And by then I was hoping everybody would!

The torture scene with Michael Keaton is worth a look and a lot of cringing. And some of the one-on-one fights were impressively choreographed. But really, folks. How many gut-punches can one viewer take? By the end, when our anti hero was battling with yet another villain on a moving speed boat, I had to bite my lip to keep from laughing out loud. I hope the actors were well paid for this turkey. It ain't worth the price of admission.

Grade: D
Posted by Timoteo at 4:02 PM No comments:

There is plenty of irony, even in the title: The Big Sick. A young woman lies in a coma, fighting for her life. But there is another kind of sickness that permeates all of society--in every culture--and it's called prejudice. Here, though, we have a different twist. Instead of white folks being the bigots, it's a Pakistani family living in the USA that absolutely will not accept the idea of their son falling for an American girl--and a blonde, at that! Arranged marriages are their thing, and mom recruits a cadre of comely Pakistani ladies who just happen to "drop by" during dinnertime to meet her sitting duck son, Kumail.

But Kumail (Kumail Nanjiani), a stand up comedian, is smitten by Emily--an affable, quirky kind of girl--qualities brought out in spades by the delightful Zoe Kazan. Emily is so American that she believes couples should fall in love first, and proceed from there. This sets up a classic clash of cultures, as Kumail is chicken to reveal Emily's presence to his family for fear of the consequences. He's caught in the middle, and now, as Emily lies in a medically induced coma in the hospital fighting a life threatening infection, Kumail has her parents (Ray Romano and Holly Hunter) to contend with as well. What's a funny man to do...laugh it off?  Hardly.

It's a bit peculiar to See Ray Romano playing it straight as the concerned dad, though it's not that much of a departure from his normal deadpan style. Just the punchlines are missing. Who knows, maybe he'll morph into the next Steve Carell! And director Judd Apatow surely knew that Holly Hunter was a show stealer when he brought her aboard. Here he looks the other way as she commits grand larceny in a supporting role with a powerful and nuanced performance.

The only thing that didn't ring true (to me) is that we we watch Kumail blow off all of these beautiful Pakistani women (and I cringed) in favor of his American crush. Hey, I would have found a way to fit some of them in...

I almost didn't see The Big Sick (based on a true story) due to its highly misleading trailer. They took what comedic punchlines there were and stuck them all into the trailer, making the film appear to be lighthearted romantic fluff. It's MUCH more than that. Serio-comic would be the appropriate term. Thought-provoking would be another.  Damn good would be another.

How I love to be right! And this time, at my insistence, Tim finally broke down and went to see The Big Sick. I'd seen it in California and knew he'd like it. A lot. Having spent many years in Vancouver, BC, where the Pakistani culture flourishes, I had witnessed a mother who actually pretended to be her own daughter, signing her up on a Pakistani dating site and corresponding with potential husband material. (I kid you not!)The Big Sick uses this arranged marriage business in wonderfully humorous ways. But in real life honor killings are no joke.

The story is based on the real life of stand-up comedian Kumail Nanjiani, whose role as Dinesh on the HBO series "Silicon Valley" made his face a familiar one to TV viewers. His comic timing is impeccable and some of the lines he utters in The Big Sick (I won't ruin it for you by repeating them here) are guffaw-makers. If you want a taste of his understated brilliance check out this YouTube video:
https://www.youtube.com/watch?v=T_EOB2KE_ys

The only criticism I could come up with was too much medical stuff, too many specialists. My west coast movie buddy Hank was quick to point out that some of those actors-turned-doctors were, in reality, fellow comics. (Good for Kumail for casting them in cameos...) I also want to mention that this same movie buddy agreed with Tim. He felt the pack of potential Pakistani wives, especially the last one, were far more appealing than his coma-induced American cutie. The Big Sick is layered, thought-provoking and a cinematic gem. No wonder it's been held over in movie theaters here for six weeks straight.

Posted by Timoteo at 4:11 PM No comments: