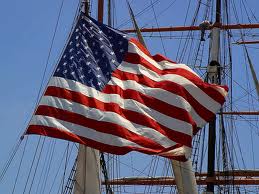 Any review of Zero Dark Thirty needs to be on two fronts. First, an assessment of the artistic merits of the film, and then a word addressing the controversial issues it deals with. Zero Dark Thirty would have been worthy of its Oscar nomination for best picture had the first third or so of the movie not been so one-dimensional, and thus yawn inducing--even when the subject matter is graphic torture scenes of suspects allegedly connected to Al Qaeda during the hunt for Osama bin Laden. I say yawn inducing because violence is endemic to American society, and our film industry has a morbid fascination with it, and anything will make you detach if it's being force-fed to you a lot, like, uh...water boarding.

By spending so much time on these "enhanced interrogation" methods employed by the CIA, director Katherine Bigelow seems to be making the assertion that they were essential to the success of the bin Laden operation. CIA director Leon Panetta, acknowledging that such methods were used, (and who would doubt it after viewing the Abu Ghraib photo gallery) stated: "I think we would have gotten bin Laden without that."  Which just blows the whole premise of your film out of the water, Kathryn, so...NO OSCAR FOR YOU! (But have all the soup you want.)

I also was not enamored with the central character of the film,  CIA agent "Maya" played by Jessica Chastain, whom we are led to believe was the essential operative in the manhunt, and that bin Laden was ferreted out largely due to her spot-on instincts in analyzing the clues as they presented themselves. (The real agent Chastain's character was based upon has been forbidden by the agency  to speak with journalists,
so we may never know the real story.)

The first time Maya sits in on a torture session, she feels revulsion, as anyone with a whit of human compassion and a conscience would. But she hardens up fast on her way to becoming a self-absorbed zealot in her pursuit of Bad Guy Number One, and begins conducting some of those little "hazing" parties herself. There is no complexity to her character after that--we are just supposed to admire her for being tough and using male locker room jargon. But that's TV cop drama stuff, and it's the same old patronizing of women used by the male creators of those shows in hopes that it might get them somewhere in the bedroom! (Don't know what Bigelow's motivation might be for creating a similar stereotype.)

But beyond that, the larger point is that those who believe the end always justifies the means often end up sinking to the level of the evil they are engaging.

What can be classified as the brilliance of  Zero Dark Thirty is the raid on Osama bin Laden's compound--one of the most intense, heart-thumping, and well put together sequences in memory.  But you can't praise a faltering football game as being one of the greatest ever just because it gets hugely dramatic and entertaining at the end. Historical drama is always anticlimactic for me anyway...because I know how it turns out.