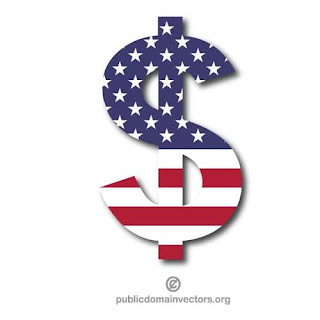 Money Monster is that extra dark (85% cacao) type of comedy--meaning that the darker it is, the less it will register with the average moviegoer as being comedy, though there were a couple of moments when the whole audience was a-titter at the showing I attended. Packaged as a taut thriller, Money Monster gets right to it--no song and dance. Except...uh...for the actual song and dance number at the beginning.

George Clooney is Lee Gates, a TV financial analyst--sort of the Apollo Creed of the breed--who hams it up while dispensing stock tips, one of which bombs (delayed pun coming up) badly when the stock of a company he has touted tanks to the tune of an 800 million dollar loss. Naturally, some people are going to be distressed about that--like those who took Gates' advice to heart and invested heavily--one of whom is young Kyle Budwell (Jack O'Connell), who sneaks onto the set of the show and takes Gates hostage, threatening to shoot the star if the program doesn't continue live under Budwell's "direction."  Kyle lost all of his savings by following Gates' advice on a "hot tip" stock, and now he's demanding some answers. It's edge-of-your-seat tension from there on out, as control booth director Patty Fenn (Julia Roberts) tries to make all the right moves to keep loose cannon Kyle--who has strapped a bomb vest onto Gates--from making the whole joint go KABOOM!

Bernie Sanders fans should appreciate the theme here--that Wall Street is evil and corrupt--but deeper than that, in my interpretation, is an indictment of capitalism itself, which stokes the unmitigated greed of those who can't see the green of the forest for the long green of the dollar signs dazzling their eyes (and that should resonate with Michael Moore fans as well).

The only trouble is that Money Monster, which starts with a reasonably believable scenario, gets more and more wildly implausible as it speeds along, leading to your typically neat and tidy Hollywood ending. But it did keep me awake throughout, which is more than I can say for some of the films I've seen recently. (If something like this were to ever happen live on CNN, I could see them cutting in at the most critical moments to do their regular commercial breaks--the ultimate irony--and I think they should have put that in the movie!).

What I've noticed about George Clooney's performances, over a succession of his films that I've seen, is that he sometimes seems to be somewhere else, delivering his lines in what strikes me as a perfunctory manner, but then all of a sudden he kicks it into gear and he's right on the money, which is the case here.

Kudos to Julia Roberts for signing onto a project where she's in a supporting role. I found her believable as Patty Fenn, whose personal issues with Gates will come to the fore in the middle of the action.

But Money Monster belongs to young Jack O'Connell as Kyle, whose angst and sweat-dripping desperation I totally bought into. Now and then you're having a bad day...enough gets to be enough...and you take a TV host hostage at gunpoint and get the whole city in a panicked uproar. It could happen. He should have consulted with me before acting hastily,  as I could have imparted the first rule of prudent investment strategy: DIVERSIFY!

I agree with Tim about young Jack O'Connell's acting. Brilliant. When Money Monster focuses on him and his inept take-over of a TV station, the result is riveting. I only wish I could say the same about the first half of the film. Setting up Clooney's egotistical character (a Jim Kramer type with hair) took far too long. And as thrillers go, that's a definite no-no. I also felt much of the stock trader lingo and financial explanations were unnecessary and slowed down the pace.

That being said, I enjoyed the movie. A lot. And the cameo performance of Emily Meade as the very pregnant, very pissed off wife of the gunman, is dark humor at its best. When asked to go on camera to plead with her husband not to do anything foolish, she lambastes him instead for investing their life's savings so foolishly. Unexpected and delightfully quirky.

I noticed at the beginning of the film the credits read: A Film By Jodie Foster. I so admire actors, especially women, who dare to take a different creative path. Some of her other directorial credits include 2 episodes of Orange Is The New Black and 1 episode of House of Cards. Way to go, Jodie! Way to go!

Grade: B (sorry to be such a copycat, Tim)

Posted by Timoteo at 7:48 PM No comments: