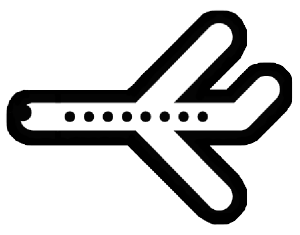 Stars: Drew Barrymore, Justin Long, Christina Applegate, Charlie Day, Jason Sudeikis, Jim Gaffigan
Director: Nanette Burnstein
Genre: Romantic Comedy
Going the distance means doing whatever it takes in order to accomplish your goal--such as when you're in your car and you urgently need to find a restroom--sometimes going miles out of your way as a result of this desperate need. Going The Distance is a romantic comedy about the desperate need of long-distance lovers to be together.
Erin (Drew Barrymore) is an intern with a New York city newspaper. Garrett (Justin Long) works in the record industry. They meet at a bar and subsequently develop a love relationship. (Because everybody knows that a bar is the kind of place where you'll meet that quality person you'll want to spend the rest of your life with!) But Erin is moving back to San Francisco to go to college, leaving Garrett to pine away for her in New York.
The long-distance relationship begins, and when Garrett flies out to the west coast, he meets Erin's sister, Corrine, (Christina Applegate) and her dimwit hubby, Phil, (Jim Gaffigan) neither of whom are especially enamored with him. But love survives, and Erin finds herself back in New York, trying to get it on in Garret's bedroom while his whacked-out roommate is orchestrating the couple's tryst by playing what he considers appropriate theme music through the wall.
But distance eventually puts a strain on any relationship, and things begin to sour when the lovers face the reality that one of them will have to give up his or her life as it is and move to where the other resides.
Going The Distance has lots going for it--including a great supporting cast. Garrett's buddies (Charlie Day and Jason Sudeikis) are creatively foul-mouthed and goofy, and a good share of the laughs in this film come as a result of their antics. On the distaff side, Christina Applegate is refreshingly lewd in her sisterly banter with Erin ( always nice to see an actress you've originally noticed in some inane TV sitcom completely shedding that image and just letting the gutter talk fly). In fact, once or twice I found myself thinking WHOA--did they REALLY say that? The dialogue (crisp, but seldom clean) hits new heights for an R-rated film on the potty-mouth meter.
The pacing of Going The Distance is euphoria inducing, buoyed by a lilting soundtrack that features one of my all-time favorite songs: "Don't Get Me Wrong" by the Pretenders--and, perhaps, the best editing job I've seen. It moves seamlessly from scene to scene with a homogeneous momentum. (Eat, Pray, Love film editor, take note!)
A bit where Garrett goes to one of those spray-on tan places in preparation for his trip to the west coast--fumbling about inside the cubicle, holding onto his privates, (for some odd reason...why shouldn't they be tan too?) and getting sprayed in the eye, induces a laugh-and shake-your-head-at-the-same-time reaction. An awkward attempt at long-distance phone sex is silly-- but funny/silly--compounding the sense of frustration the lovers feel about their predicament.
Romantic comedy equals formulaic plot, but I was enjoying this movie to the point of where I didn't think much about making any big deductions for that.
GRADE: B +
Posted by Timoteo at 12:38 PM 7 comments: Links to this post