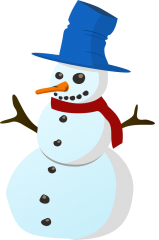 The Snowman, adapted from the novel by Joe Nesbo,  is hauntingly reminiscent of a Stieg Larsson tale, and not just because it's set in Norway. As with most screenplays of the the murder mystery/suspense/thriller genre, the plot will have you scratching your head--lagging one step behind the action as you try to keep up--and in the end just settling for trying to enjoy the performances; after all, it has Charlotte Gainsbourg in it, so it can't be all bad. (Tell me what it is about her...TELL ME!!!)

Michael Fassbender stars as police detective Harry Hole (no puns from me required--at least they didn't make him a female detective).  He's a drunk who needs a case to work on to keep him focused. And then a young woman disappears, and other women start disappearing, and Harry figures there's a serial killer on the loose. It's all tied in with a strangely bizarre prologue about a young boy and his mother. I won't go into further detail because it's pretty convoluted, and I hate convoluted. And anyways you deserve to suffer through it the same as I--saying  HUH? all the way through, should you decide to tackle this one.

Harry Hole is paired with a female detective named Katrine Bratt (Rebecca Ferguson). The character names are the only comic relief in The Snowman--unless you want to count when she says early on to him, "You're not going to try to sleep with me, are you?"  He responds in the negative, which normally would set the two of them up for just that kind of thing to happen...but it doesn't. What a waste. And then we have the not often used plot twist of one of the  principal characters biting the big one half way through the film. That's a shocker...you don't expect it...they've got you thinking this person is integral to the story and will be there to the end...and then they aren't. And that sucks.

The infamous Chloe Sevigny has a bit part--she's had a lot of those lately--and likewise Val Kilmer and J.K. Simmons. A waste of an interesting cast--and ultimately a waste of your interesting money.

Grade: D + (the plus is for Charlotte Gainsbourg!)

Tim called it 'convoluted.' The fellow I saw The Snowman with muttered "Obtuse," as we left the theater. For me, the one good thing about this time-waster was thinking up other words to describe it: disjointed...confusing...fragmented. You get the idea. But according to my own rigid movie-viewing rules, I must now find something cinematically redeeming about this film.

I guess it would have to be the photography. Dark, moody, snow-filled and unrelenting – like the hard-to-figure-out plot. So many bit parts played by good actors, too. This only added to my befuddlement. Who was I supposed to root for? Who was I supposed to be suspicious of? And what was the damn movie about!

Okay, onto what really pissed me off. The bombastic, hit-you-over-the-head score by Marco Beltrami. "Be afraid," the music kept screaming at you. "You're watching a very scary movie!" If it were up to me, I'd make Mister Beltrami write 'subtle is good' six hundred times in his music notebook. And then, just for good measure, I'd handcuff him to a chair and make him watch Jaws. Over...and over...and over!

There is another positive: I love seeing a really bad movie and looking forward to lambasting it on this blog. Some of you may buy into that old bromide about 'saying something nice or not saying anything at all,' but I sure don't. Movie prices being what they are these days, at least venting allows me a verbal bang for my buck.