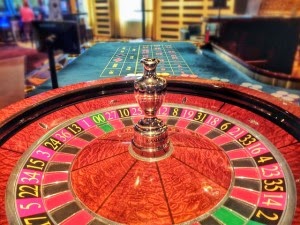 Watching Mark Wahlberg as a once promising novelist turned college professor turned compulsive high-stakes gambler is like staring at some bratty child who won't eat his vegetables and will sit there at the dinner table and wait you out longer than you can, or would want to, wait him out.

Wahlberg is Jim Bennett, an arrogant wise-ass who talks down to his students, and follows in the footsteps of James Bond (though infinitely less debonair ) by firing off sarcastic one-liners at the bad dudes who are about to beat his ass for not paying his debts. Bennett borrows from Peter (Korean mobsters) to pay Paul (black gangster) to pay John (Goodman), who gives another inspired performance as a loan-shark with a soft side, the only thing that explains why anyone would  issue a dime to such an obviously bad risk .

Bennett comes from money, and doesn't know the value of a dollar--that's why he gambles away every last one he can get his hands on. Money is just a tool to feed the sick ego gratification he gets from proving-repeatedly-that he's a loser. Like most self-destructive people, the guy is angry. And it' so bottled up that the sarcasm seeps from every pore.  But we never see why he's angry. Where has life dealt him a bad hand? All we know is that his banking magnate grandfather (George Kennedy--who keeps his streak of being in every movie ever made alive here) kicks the bucket in the opening scene, and Bennett is left with a mother (Jessica Lange) who is also really pissed-off, but mainly at him, for being an incorrigible, irredeemable asshole. Are you getting the picture that, to me at least, this is one of the most unlikable protagonists to come down the pike in quite some time?  Which is unusual, because we can usually find SOMETHING about the main character in any film that we can root for. So this is either a one-dimensional turn from Wahlberg, or, as Pee-Wee Herman was fond of saying: I meant to do that.

The subplot revolves around a romance that's haltingly blooming with one of his students (Brie Larson), a brilliant writer in Bennett's estimation, who likes him maybe for seeing something in her she didn't recognize in herself?  Well, The Gambler doesn't work if you don't have multiple individuals who are rooting for this guy to make one big strike and win in the end (most of them so they can get their money back).

I. on the other hand, am just rooting for something to show in his eyes that tells me he can snap out of it and become more than a petulant child sitting there grimacing at his Brussels sprouts.

I guess assholes are not Tim's cup of tea. Me? I like 'em. And despite Mark Wahlberg's overdone, over-dyed hairdo, I was mesmerized by his total lack of fear -- and common sense. I haven't spent much time in Vegas, or around compulsive gamblers, but by the time The Gambler ended, I felt like I'd personally won and lost a shitload of shekels.

At the beginning of the movie, credit is given to the original film of the same name which starred James Caan (1974). I'm pretty sure I must have seen it but who remembers back that far? I did look up the cast, though, curious to see who played the John Goodman part: it was Paul Sorvino. Speaking of Goodman, I must warn any of you who are fat phobics to turn away when Goodman exposes his naked and roly-poly body in a steam room. (Apparently he's lost 130 pounds since this flick was filmed!)

What impressed me most was how original the time sequences were established. A number would flash on screen signifying the days this guy had left to pay his mounting debts. Then a musical interlude would set the mood and tone. Very, VERY effective. What impressed me least? The longest running sequence since Chariots Of Fire – when running was the whole point of the movie. In this case, I think Wahlberg just wanted to show the audience how in shape a guy can be at age 45.