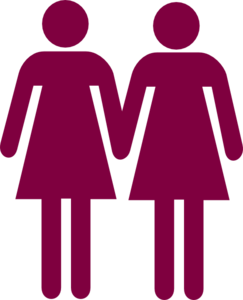 How can I know what I want when I always say yes to everything is the line that nails the character of Therese (Rooney Mara), looking for all the world like a young Audrey Hepburn and exuding a similar Holly Golightly air of innocence and naivete. She is the perfect prey in waiting for Carol (Cate Blanchett), something of an older lesbian cougar who locks gazes with Therese at the New York City department store where the younger woman is employed behind the counter.

Carol is set in the early fifties, and the title character is a married woman, as many gay folk were during that era, due to the ubber stigma that homosexuality carried with it at the time. They played the game and tried to fit into "normal" societal roles... peering cautiously at the world from behind stacks of hatboxes inside the closet.

To further complicate matters, Carol is in the middle of obtaining a divorce from her from her hapless hubby, Harge (Kyle Chandler). He knows what she's up to, as she's had a previous lez affair with one of her longtime friends, Abby (Sarah Paulson). But he still loves his wife, and doesn't want to lose her. They have a young daughter, Rindy, and Harge is threatening to out Carol and have her declared an unfit mother--in which case she will surely lose custody of the child. So as Carol pursues her passionate desire for Therese, she must consider the consequences of her actions.

There is the obligatory lovemaking scene between Cate Blanchett and Rooney Mara, with an ample amount of skin on display. (In case you're curious about these two in real life-- Blanchett, who is married, has stated she has had previous relationships with women. Mara, who starred as the gender-bending Lisbeth Salander in The Girl With The Dragon Tattoo, is also rumored to be bisexual).

These are two heavyweight performances from the co-stars--Blanchett as the somewhat jaded, chain smoking Carol; Mara as the young ingenue discovering herself as a sexual being breaking through boundaries, pulled in different directions by members of both genders who want her.

Carol--adapted from the Patricia Highsmith novel, The Price Of Salt--is a tale of how two people find love and try to keep it alive in an us-against-the world scenario. It deftly captures the mood and the feel of a repressive era in our history when we weren't allowed to love just anyone of our own choosing.

Before commenting on Carol, I have to confess that I wasn't really in the mood for a movie, having seen two previous flicks in the past three days (The Big Short and Joy). My lids kept getting heavy and I was concentrating more on not nodding off than whether these two love-starved ladies would get it on or not. Like me, Carol was a bit lethargic.

In discussing it afterwards with Tim, I was still able to voice my dislikes (slow-paced direction, lugubrious content) and likes (Cate Blanchett's acting and Carter Burwell's score). Edward Lachman's cinematography also stood out for me as it lavishly set the stage for this clandestine love affair. I was reminded of John A. Alonzo's cinematography in Chinatown which had the same haunting feel to it. I guess my main gripe was how quickly these two ladies' sexual attraction turned into genuine love. (I'm sure it took longer in Highsmith's novel!)

I was also amazed that a mid-week, mid-afternoon showing of the film packed the movie house with viewers. I guess the promise of seeing two well-known movie stars getting naked in bed is a major draw.