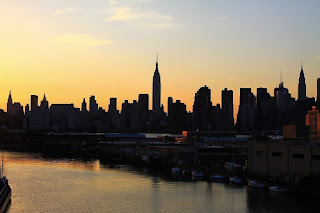 STARS: Callum Turner, Jeff Bridges, Kate Beckinsale, Pierce Brosnan, Cynthia Nixon, Kiersey Clemons
DIRECTOR:Marc Webb
GENRE: Drama
Oh, look who's seated at the table...there's Pierce Brosnan...and there's Cynthia Nixon...and there's-there's Wallace Shawn! Looking the same as he has looked for the last fifty years or so. There's no reason for him to do a cameo in The Only Living Boy In New York, except he always seems to show up for dinner. (Maybe he's looking for Andre?)

But let's rewind. In the beginning there was Thomas and Mimi. Thomas (Callum Turner) has just graduated from college and Mimi (Kiersey Clemons) is his hang-around pal. He is smitten by her, but she has consigned him to the dreaded "friend zone." But we needn't feel sorry for nice guy Thomas, because he will find what he is looking for in Johanna (Kate Beckinsale), who just happens to be the mistress of his New York publisher father (Pierce Brosnan). At first Thomas just wants Johanna to stop seeing his still married dad, because he doesn't want his mother (Cynthia Nixon) to get hurt. But he falls under Johanna's spell. And she's the type who goes for the flavor of the day, and figures she can juggle father and son and keep both balls in the air at once (whoops... didn't mean for it to come out quite that way!) To further complicate things, Mimi re-enters the picture, noticing that her friend's affections are being directed somewhere else, so naturally she wants him now. Added to the mix we have Jeff Bridges, looking almost unrecognizable as the mysterious boozy neighbor who acts as a surrogate therapist for Thomas, dispensing worldly advice about women and whatnot. But there's more to that connection than meets the eye, which will lead to the big twist at the end.

This is an interesting, subdued turn for Bridges. For some reason it reminds me of him as the affable alien in Starman.  Kate Beckinsale has tried on numerous  costumes--she played a ninja type in one flick--not believable at all with that willowy body. But here she is perfectly cast as the New York sophisticate...the temptress whose eyes are bigger than her tummy, and manages to bring some depth to the character. Pierce Brosnan has never been taken all that seriously--pretty boy and James Bond and all that--but I imagine the older and uglier he gets (if he ever does get uglier), the more respect he'll receive, and he deserves it. Cynthia Nixon is kind of wasted here, and I can't tell you anything about her performance because all I can think about when she comes onscreen is the one time I saw her full frontal, and I was so surprised...she was a goddess! Of course, that was a while back. Young Brit Callum Turner, as Thomas, has a good face for the movies. Kiersey Clemons, as Mimi, I felt was miscast. There was no underlying romantic tension between Mimi and Thomas, which would have laid the groundwork for her eventual rekindling of interest in him.

Critics are saying harsh things about The Only Living Boy In New York, but all in all, I liked this film. It didn't have me at hello. I was still wavering even in the middle. But it sure had me at the end. It's a sweet movie, and the last truly sweet film I think I saw was Dustin Hoffman in Last Chance Harvey, and that goes back to 2009. Strong points: Impressive cast and a great soundtrack. Simon and Garfunkel, of course. Bob Dylan. Lou Reed. Herbie Hancock. A musical feast.

My poor, misguided friend. Those three-digit Tucson temperatures must have fried your brains. You actually liked this piece of cinematic merde? Oh dear.

Let me start with the boy called Thomas. Callum Turner, a Brit whose acting credits are scanty at best, has about as much sex appeal as a young Woody Allen minus the self-deprecating humor. How the two women in this implausible drama could be attracted to him in the first place made me queasy. As the film unfolded—at least it was mercifully short—this flaw was replaced by myriad others. I won't reveal the ending in case anyone is foolish enough to want to see this turkey. But as I walked out of the (totally empty) movie theater, I kept shaking my head. I'm sure if Jeff Bridges hadn't been one of the producers, this film would never have been made.

I do, however, want to give credit where credit is due. Rob Simonsen's song choices were terrific, as was his understated score. And as much as I thought I was familiar with all of Paul Simon's songs, The Only Living Boy In New York was new to me. For you trivia buffs, Simon refers to Garfunkel in the song as "Tom", alluding to their early days when they were called 'Tom and Jerry.' And the main character in this movie is called Thomas. Obviously, no coincidence.

I don't usually agree with movie critics but there's always a first time!

Posted by Timoteo at 2:31 PM No comments: