I think about the great onscreen couples: Sylvester Stallone and Talia Shire in Rocky. Billy Crystal and Meg Ryan in When Harry Met Sally. Dustin Hoffman and Jon Voight in Midnight Cowboy. And now I must add Froncois Cluzet and Omar Sy in The Intouchables.


The odd couple who find common ground and make it work in spite of themselves has long been an appealing film premise. In The Intouchables, we have rich guy Philippe, (Francois Cluzet) paralyzed and wheelchair bound. Driss (Omar Sy) is a rude, crude, and lewd African dude (an ex-con) who shows up one day at Phillipe's palatial digs to apply for the job of caregiver/companion. After seeing a battery of milquetoast applicants for the job, Philippe sees something in the brash  Driss--a diamond in the rough--and gives him the job.


Driss propositions the female help in the household, and manhandles  people who park their cars where they may be blocking his access to the street.  But what Philippe sees in the man is freedom. With Driss, his spirit can be unleashed, even as he languishes in that chair--the result of a paragliding accident.


Driss is the ultimate instinctive man--totally comfortable in his own skin. The kind of person who makes those who live by convention nervous. He takes Philippe on a wild high-speed ride through the streets of Paris with the cops in hot pursuit. They evade the gendarmes for a while, (some great stunt driving) but are eventually boxed in and surrounded. Apparently, they are now going to pay the price.  The way they finagle themselves out of their predicament is sheer bravado and comic genius.


Philippe's paralysis has not erased his desire for affection, and a subplot has him writing flowery letters to a female  "pen pal." Driss,  in his adorable cut-the-crap way, tells him to simply pick up the phone and call her. They may or may not meet someday--though initially she doesn't know that Phillipe is a quadriplegic.


The Intouchables is an international hit because it's breezy, uplifting, touching, heartwarming, and funny--with sparkling chemistry between these two fine actors. And it's got a great everybody dance scene (except Phillipe, of course) to one of my favorite Earth Wind and Fire songs. 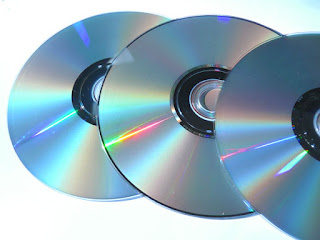 
An alternate title for Sleeping Beauty might have been: Wake Me When It's Over.  That pretty well sums it up for Lucy, (Emily Browning) a college student who sleepwalks through her life of working at odd jobs to get by--the oddest of all being a hired play toy for rich old pervs who have carte blanche to do what they will with her naked body, as long as there is no penetration (house rules) and they don't leave any marks.


Lucy has been taken on by Clara, (Rachael Blake) the madam of a soft-core brothel, to be a kind of living doll that the pretentious old farts will work out their sexual fantasies upon in various ways--some pretty twisted--as she lies there in a drugged stupor, unaware of anything that has happened to her when she wakes up. Hell of an easy way to make a buck--if you have totally acquiesced to the precept that the end justifies the means.  The delicate, waif-like Browning is perfect for the part--the embodiment of innocence exploited--or at least the appearance of such


We don't get any real insight into why Lucy has numbed out on life, but we see the slippery slope that leads up to her becoming a Sleeping Beauty. She snorts cocaine in a club, then allows the flip of a coin to determine whether she will have sex with a man she just met. She propositions another guy at a bar--as directly and obscenely as any sleazy, tactless guy trying to pick up a woman.  When she does come into some money, she sets fire to a hundred dollar bill, watching dispassionately as it turns to ash.


It is apparent that much of  Lucy's behavior is one attempt and then another  just to feel something--the no penetration clause of her employment agreement serving as metaphor for the impenetrable shield between herself and life. Maybe this is writer-director Julia Leigh's indictment of life in the twenty-first century, with all of our technology providing interpersonal contact at the press of a button--but is it bringing us closer in any meaningful kind of way?


There is a subplot involving an alcoholic friend named Birdmann, who seems to be the only male Lucy can relate to in a normal emotional way, and only because they're an odd couple and wouldn't be relationship material for each other.


Most everyone in Sleeping Beauty has a wistful, far away look in their eye--so if you ask me what the film is about,  I'd say it's about the uniquely human inability to inhabit and be fully present in the moment.

Brandon (Michael Fassbender) is obsessed. With porn, with masturbation, with hookers, with picking up women in bars--wearing an ascot like some classy dude--and ending up rutting with them up against a wall somewhere.
He consistently ignores phone calls from his sister, Sissy, (Carey Mulligan) as he and his dangling participle navigate au naturel around his upscale Manhattan apartment. Until one day he comes home to find her naked in his shower--totally freaking him out. She stands there in full-frontal repose for a good long while as they converse, neither of them acting like it's any big deal, which might be a clue to something in their shared past, or just an indication that they are totally at ease around one another.  But unlike Ms. Mulligan, their back story is never exposed.
Sissy needs to put distance between herself and a bad relationship, so she wants to play roomie with her brother for a while. Brandon reluctantly consents. But they are oil and water. She's needy and clingy. He's cold and calculating.  And with the way he dispatches people to follow his one-track mind, not a very likable guy.
In a highly revealing scene, (well, they're all revealing) Brandon and his co-worker,  Marianne--who is interested in him on an emotionally deeper level than most of his consorts--are about to get cozy. But faced with the prospect of beginning something of a "normal" relationship with a woman, Brandon gives an underwhelming performance in the bedroom. After that, we see him back in his element--on top of his game again with some sleazy, anonymous sex played out against a Manhattan high-rise picture window with the drapes wide open.


But the real impact of Shame lies in the relationship between Brandon and Sissy, and whether he'll be able to  recognize her call for help before it's too late. They're both time bombs--he in his controlled way, though near the end his obsession drives him to make some highly risky choices; she in a way that could lead to overtly disastrous consequences.


It's just a Shame that we don't know more about what makes either of them tick.

Rated : R
Michael Fassbender is back in a very different kind of role, though sex is still at the forefront in A Dangerous Method--based on the real life love triangle of Carl Jung, (Fassbender)  Sigmund Freud, (Viggo Mortenson)  and Sabina Spielrein. (Keita Knightly).
Ms. Spielrein was  one of history's more  fascinating  characters. Initially a mental patient being treated by Dr. Jung, she went on to be his student, and later became one of the first female psychoanalysts. Keira Knightly's portrayal of Spielrein is straight out of  How To Act Like A Crazy Person 101. Can you say "overacting?" The woman's unbalanced phase could have benefited from just a touch of subtlety-- as I know plenty of folks who are totally off their nut, and they can pass for normal for a couple of hours straight on a given day.
Speilrein got off on S & M, and in the scene where she is being spanked, (I don't think it was her birthday) Knightly is entrancing with her top falling down, but didn't convince me that she was truly enjoying it.  Maybe this was where she was bringing the subtlety.
Fassbender and Mortenson  give  interesting, chatty performances (and certainly look the part) as Jung and Freud respectively, as they begin their friendship and then have a falling out, with Sabina figuring prominently into the mix.

Notable quotes: I think Freud's obsession with sex probably has a great deal to do with the fact that he never gets any.

On the subject of monogamy, for example, why should we put so much frantic effort into suppressing our most basic natural instincts?
Grade: B
Posted by Timoteo at 6:11 AM No comments: