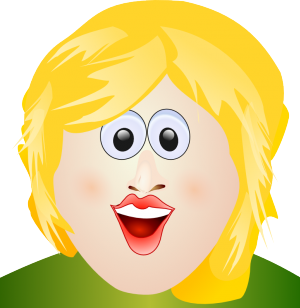 
Mistress America is reminiscent of a turn of the millennium TV show you may remember--Gilmore Girls--which featured Lauren Graham as a thirty-something mom engaging in rapid-fire repartee with her teen daughter (Alexis Bledel) throughout the show. It was always witty (thanks to the writers) and deadpan humorous. If you liked that show, you will love this movie--the talkiest film I've ever seen (other than My Dinner With Andre and Before Midnight). And yes, it's a total chick flick, but nonetheless I attempt to draw whatever minuscule comprehension of the female brain that I am capable of,  because I owe it to you, dear reader!

In Mistress America, we have a similar pairing of an 18 year-old college freshman and aspiring writer named Tracy (Lola Kirke), and her thirty-ish future sister-in-law, Brooke (Greta Gerwig). Tracy's mother is marrying Brooke's dad, and so Tracy contacts her future "sis" with the intention of bonding. Brooke takes Tracy into her madcap Times Square world, and Tracy soon develops a strong admiration for this quirky, free-spirited individual, and is writing a story--thinly veiled as fiction but all about Brooke--that will come back to bite her later on.

Brooke's ambitions are bigger than her follow-through. She's got grand schemes, one of which is to start a restaurant, but we can see that she's just a little too scattered to bring something like that off. And she wants to get even with the woman who stole some of her creative ideas, her boyfriend, and her two cats to boot! It will all culminate in a climactic scene that's like something from one of those wacky British stage plays, where everyone is talking a mile a second, and gesticulating wildly, and running in and out the door and up the stairs, and the audience just keeps tittering away. Only the humor here is more deadpan, more urbane, and inventively conceived.

Gerwig, who co-wrote the script with her real life partner, director Noah Baumbach, is at least as good as any (current) SNL actor in pulling off her Zooey Deschanel-esque character. Lola Kirke, a relative newcomer, brings a low-key likability to her role, but I get the feeling she is capable of much more. And then we have Jasmine Cephas Jones as Nicolette, the obsessively jealous girlfriend of  a fellow student Tracy might have some real interest in if he weren't already taken. And though she has a minor role, Jones has been given the best lines in the movie--blunt, jaw-dropping, and not repeatable here!

At first I wasn't sure what to make of this film. But gradually, it began to win me over. As a small tale about two people in search of themselves, Mistress America has some heart. And it tries really hard. And in an unconventional kind of way, succeeds.

Don't you hate it when friends, people whose opinions you respect and trust, recommend a movie you wind up thinking is a piece of crap? Well, Tim. If Mistress America is "a total chick flick," I want to change my gender!

As happily Hollywood-married as Greta Gerwig and Noah Baumbach may be, they don't know bupkus about script-writing. Obviously, they've never heard of a "character arc" as no one really changes. (I mean really changes.) Everything is so slick and facile. From the get-go, it's hard to accept that the unpopular-at-school heroine, played somewhat believably by Lola Kirke, is in fact unpopular. She's gorgeous. And unless school values have changed drastically since I was in college, beauty counts. Then there's her new girl crush Brooke, who is so ADHD-ish and self-absorbed that her likablity factor is zero. Some of the scenes felt like they were straight out of SNL. While others, the overly talky ones, were just plain bor-ing.

Thankfully, I saw this film with someone (clearly not Tim) who had the same brain-numbed reaction I did. And judging from the two other audience members, this film may be a critics' favorite but isn't exactly resonating with the general public. One scene, where all the players are simultaneously reading a script over one another's shoulders is pure slapstick. The rest? Pure schlock.