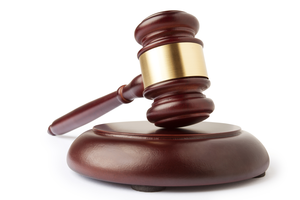 There is a reason why curmudgeonly judge Joe Palmer (Robert Duvall) is estranged from his hot-shot city lawyer son, Hank (Robert Downey Jr.) It's buried in the past, and to learn what it is will be one of the reasons why you'll hang in there with The Judge.

Hank is returning to his old Indiana home to attend his mother's funeral, and in the process faces off with his father, who is about as stiff to him as Joan Crawford sitting on an ice floe. But their relationship will take an unexpected turn when the judge, who may be dealing with the onset of dementia, is charged with vehicular homicide involving an incident he can't remember.

Necessity is the mother of invention, and Judge Joe agrees to let Hank be his legal counsel and defend him at his trial. This is where The Judge veers into soap opera land on the wobbly wheels of an unrealistic script, where the presiding judge refrains from picking up his gavel while father and son hash out their long standing personal issues in front of the court.

A lot of things turn out predictably in The Judge, though the ending has a couple of nice twists. But see this movie for the standout performances from Duvall, Downey, Billy Bob Thornton, and the underrated Vincent  D'Onofrio.

Well I, for one, bought into Samuel Taylor Coleridge's phrase "the suspension of disbelief" when viewing The Judge. After all, movie courtroom dramas often veer into unrealistic face-offs. RememberA Few Good Men? ("You can't handle the truth!") Suffice it to say that The Judgehas produced two definite 2015 Oscar nominations. Alas, they will probably cancel each other out. But both Duvall and Robert Downey, Jr. deserve them. Father/son battles are the stuff of which great screenplays are made and The Judge is no exception.

Wading through the credits, I see that director David Dobkin shares "story credit" with Nick Schenk, who shares screenwriting credit with Bill Dubuque. What amazes me is that Dobkin's other big movie credit isThe Wedding Crashers which is about as different from this movie as silly is from serious. Hats off to someone who can direct such diametrically opposite films.

Another actor who deserves mention is Vera Farmiga who plays Samantha Powell, Downey's high school sweetheart. Aside from her mesmerizing eyes, I totally bought her hometown yet liberated character. My advice? Go see this movie. NOW!