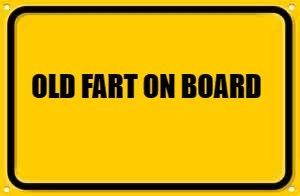 Clint Eastwood is Earl Stone, a 90 year-old (the man himself is 88) horticulturist and Korean war vet who's been estranged from his family for some time. We're not sure why he missed his daughter's wedding in favor of the bottle. Maybe he just likes his space. When he falls on hard times and his business is foreclosed upon, Earl must seek an alternate income. Stepping in to fill the void is a Mexican drug cartel. They see he has a clean driving record and would potentially make a good "mule,"or drug courier. Soon Earl is transporting mega-bucks worth of cocaine in his truck--initially not even aware of what his cargo is, until he gets curious and checks it out in his trunk.

His naivete about the whole thing is hard for us to buy. But maybe he doesn't want to know. It's a job, and his employers aren't encouraging him to be nosy. The wads of cash he starts raking in may allow him to buy his way back into the good graces of his ex-wife (Dianne Wiest) and his daughter and grand daughter, who's impending wedding may give him a chance to redeem himself.

When I walk into a Clint Eastwood film, I'm always wondering how he's going to politicize this one. He does, of course, in The Mule, but he seems to have softened since the likes of his jingoistic American Sniper. He's got a sense of humor, and it's on display in spades, as he pokes playful fun at lesbians, millennials, and minorities, among others.

Much like Woody Allen, Eastwood is speaking through his characters, but the Jewish humor is replaced by what you'd expect from a curmudgeonly old white guy who leans so far to the right you wonder when he's going to tip over. But he let's his characters throw it right back at him as they grow increasingly frustrated and bewildered by Earl's erratic and unpredictable ways. The one-liners and the zingers fall in all the right places, and the theater audience eats it up.

Eastwood has learned his lesson since surrounding himself with non-actors in the disastrous Gran Torino, and The 15:17 To Paris (less disastrous). His Latino cartel guys are authentically bad-ass, and the rest of the cast, including Bradley Cooper as a DEA agent who is on Earl's tail, is well-seasoned. Also on board are Andy Garcia, Laurence Fishburne, and Alison Eastwood--Clint's real life daughter--playing his movie daughter. There's some type-casting for you.

The Mule is a breezy ride, in a darkly comedic sort of way--there's even some boobs and gyrating booty thrown in for the younger set. Fun for the whole family! And Eastwood still gets his message across--that the world has taken some pretty strange turns since he and his peers were coming up. On that, I'll have to agree.

To quote Will Rogers, "A difference of opinion is what makes horse racing and missionaries." And, boy, do Tim and I differ on this one. Yes, given Mr. Eastwood's advanced age, his acting skills (remembering lines, walking briskly, the nuances of his facial expressions, etc.) is impressive. But so is Christopher Plummer's on screen presence. (And he's 89!)

My main beef with The Mule is its repetitiveness. Do we really need to see old Clint make 12 drug deliveries? And how many singing-in-the-car scenes are necessary? Because this film juggles three separate storylines—drug trafficking, family estrangements and cops chasing after Clint—I got tired of having to switch my focus. Granted the writers Sam Dolnick and Nick Schenk had to stick to the facts presented in the New York Times Magazine Article "The Sinaloa Cartel's 90-year-old Drug Mule." But it got confusing at times. And annoying.

But Clint Easwood's body of work is nothing to scoff at. Unlike Tim, my favorite old curmudgeon role of his was in Gran Torino. And my all-time favorite role was his portrayal of Dave in the 1971 classic Play Misty For Me. The very fact that everyone has a "favorite Clint Eastwood film" is testament to his overall talent and durability.

Sadly, this one left me wishing I could partake of some of that cocaine so I'd enjoy The Mule more....