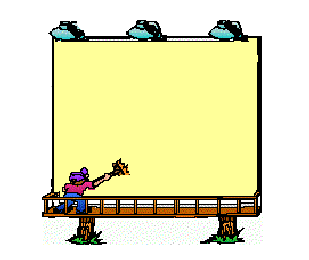 Think of how hard it is to get through life without making a wrong move. Or a boatload of them. Next to impossible. It's not easy in the movies either, which portray life in a manner that involves a lot more forethought than most of us use in our real life decisions. It's easier to go off the rails than not. Wrong moves in casting...pacing...length...effectiveness of the message--if there even is one, etc. That's why it's rare to find a movie that makes all the right moves from start to finish--and that film is 3 Billboards Outside Ebbing, Missouri, which deftly balances the darkly comical aspects of its characters with the serious drama they create.

A young woman has been raped and murdered. The perpetrator has not been caught. The victim's mother, Mildred Hayes (Frances McDormand), is a feisty old firebrand (the townsfolk have other names for her) who has grown weary of the lack of progress since many moons ago in solving the case, and she's out to hold the local sheriff, Bill Willoughby  (Woody Harrelson), accountable. This she will do in a big way, by renting out three billboards that remind the locals of the crime, and call the sheriff out by name.

Sheriff Willoughby is well-liked in the town, and there are folks who want Mildred to shut her trap. And some will try to do it for her. One of them is officer Jason Dixon, a mama's boy and a racist, with a penchant for violence. Sam Rockwell plays him to clueless perfection, and that's why when Dixon actually stumbles upon a major clue--as things really begin to heat up--he becomes a more interesting and unpredictable character. It's the unexpected twists and turns of 3 Billboards Outside Ebbing, Missouri that are part of the reason why it's so good. Along with providing tasty food for thought in asking the question: Should one man pay for another man's crime, solely because it appears he may have committed a similar evil?

Frances McDormand will undoubtedly receive an Oscar nomination for her work here--and I wouldn't be surprised to see Rockwell and Harrelson joining her. And let's go on record as predicting a Best Picture nomination as well. That's what comes when you make all the right moves and go down the right roads right up till the end...which, by the way, is as poignantly perfect as any I can recall.

Dammit, Tim. Our readers prefer these joint reviews when we disagree. But that won't happen this time as I couldn't agree with you more. Except perhaps for the movie's lengthy title. (Three Billboards would've worked just as well.) The one element you didn't mention that I just loved was the score. Carter Burwell has outdone himself this time. I'm not at all surprised that he also created the musical background for another cinematic gem that was set in a small town with a bumbling sherriff's deparment:Fargo.

But since Tim has covered just about everything I would've written, I want to digress. About a month ago, I was watching "Real TimeWith Bill Maher" on HBO. He and Woody Harrelson were reminiscing about the good old days when they were both pot smokers. Apparently Harrleson has been clean now for a year. Maher remarked that his friend's new weed-free status had undoubtedly upped Woody's film-making energy! (I would have to agree since we've reviewed him in three major movies in the last three months: The Glass Castle, LBJ and nowThree Billboards.) Right on, Woody. Right on!

What I admired most about Three Billboards was its unexpected twists and turns. I'm not one of these movie-goers who automatically predicts outcomes before they happen. Many of my movie buddies are which often makes me feel like a mental sloth. But I challenge any of them to guess the outcomes in this flick! (Full credit belongs to English director/writer Martin McDonagh.)

If for no other reason than you are addicted to "Game of Thrones," go see this movie for the wonderful cameo by Peter Dinklage.

Grade: A
Posted by Timoteo at 3:37 PM No comments: 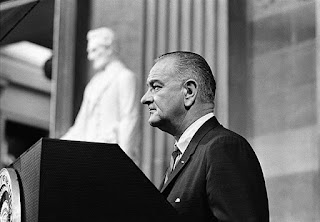 
Many of us who lived through the sixties remember Lyndon Baines Johnson as a redneck from Texas who rose above the prejudices of his upbringing to instigate the most important piece of social legislation in the history of the United States--the Civil Rights Act of 1964. But we also despised him for escalating the Vietnam war, and it was his unpopularity due to the war that brought him to the decision not to run for a second term. That aspect of his legacy is given scant attention in LBJ. Instead, the film concentrates almost exclusively on the period leading up to the historic legislation of 1964 and how it was accomplished. So in this particular version of history, the man comes out smelling like a rose.

The major flaw in LBJ is that it's too talky--way too talky--as Johnson twists arms and makes deals, even while sitting on the crapper. Not unexpected, I suppose, for a character study about a politician (too much talk and not enough action!) Rob Reiner--a director I admire--does what he can to counteract the draggy parts by interspersing them with an impressively realistic recreation of that terrible day in Dallas when John Fitzgerald Kennedy met his fate.

Woody Harrelson knocks it out of the park in the title role. Only they've got him made up to look even uglier (sorta grotesque even) than the real Lyndon Johnson was, and that's saying something. On the other hand, Jennifer Jason Leigh as Lady Bird Johnson is so spot on in appearance and mannerism it's scary. You have to use your imagination with the rest of the supporting cast---Jeffrey Donovan in particular, who bears little resemblance to JFK, though he has the accent down. I guess William Devane is too old to play the forever young president now.

Those who remember the charismatic Bobby Kennedy will be taken aback by Michael Stahl-David's portrayal. He comes off as a kind of vindictive little shit in his not so well publicized at the time feud with LBJ. I don't think it does Bobby's legacy justice.

But LBJ is a film you may want to see--especially if you're a history buff--as it provides some deft insight into the character of the 36th president of the United States.

Tim pretty much covered it in his review. I, too, thought they overdid the makeup on Woody Harrelson. (On the other hand, I thought Bryan Cranston as LBJ in "All The Way" looked incredibly like the former president.) What I admired most about this cinematic slice of history was the editing. Whether the credit belongs to Rob Reiner (director), Joey Hartstone (screenplay writer) or Bob Joyce (film editor), the way they kept flashing back and forth between Dallas and JFK's actual assassination, and LBJ's life before that horrific event, was a definite tension-builder.

For me, the one actor Tim didn't mention gave an Oscar-worthy performance. Having already received a Best Actor nomination for The Visitor(2009), Richard Jenkins deserves a Best Supporting Actor this year for playing the old school segregationist Senator Richard Russell. (Jenkins became one of my personal favorites when he appeared in the TV series "Six Feet Under.")

But while I'm on the subject of Oscars, I'm sorry that Woody Harrelson, who will probably be nominated twice this year for both this flick and The Glass Castle, won't win anything. (Double nominees never do.) If I were voting, I'd give him the gold statuette for his role as Rex Walls not LBJ....

As I was leaving the theater, comparing notes with my film-going accomplice, an elderly woman turn to us and said "We lived through this time, didn't we!" It made me wonder how a younger generation, one unfamiliar with this particular segment of political history, would view the movie. Would it hold their attention? I'm betting it would.
Grade: B +

Posted by Timoteo at 8:56 AM No comments: