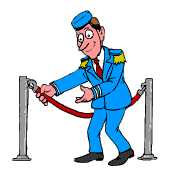 Rated: PG-13
Stars: Steve Carell, Julianne Moore, Ryan Gosling, Emma Stone, Marisa Tomei, Analeigh Tipton, Jonah Bobo , Kevin Bacon
Directors: Glen Ficarra, John Requa
Genre: Comedy/ Drama/ Romance
It takes a little getting used to, watching Steve Carell playing it straight, while those around him--Ryan Gosling, Marisa Tomei, Emma Stone, and others--steal the show in Crazy, Stupid, Love.
Carell is Cal Weaver-- just a regular, unremarkable guy. He has a lovely wife and some great kids. One night he goes out to dinner with his spouse, Emily, (Julianne Moore). Suddenly, she blurts out that she's been unfaithful to him and wants a divorce. Thrown into a tailspin, Cal hits the bars, where he is befriended by the quintessential smooth operator, Jacob, (Ryan Gosling) who essentially snaps his fingers and the ladies are ready to go home with him. Learning that Cal has never had another woman but Emily, Jacob offers to take him under his wing and show him the ropes of womanizing. Feeling he has nothing to lose, Cal agrees to an "extreme makeover" of his style--not only in clothes, but the way he approaches women, with some cringe-worthy and humorous results.
Trial and error begins to yield results, and before you know it, the pupil is outshining the teacher. Here's where a wickedly funny turn from Marisa Tomei comes in, as a gal who is hot to jump Cal's bones. But throughout his resurrection, Cal never allows the torch he is carrying for his wife to flame out, while Emily starts to have second thoughts about whether she might have been too hasty in her decision. Sound familiar, anyone?
When their 13 year old son, Robbie, (Jonah Bobo) gets into some hot water at school for the overuse of a certain expletive, Cal and Emily are summoned to a parent-teacher conference, which will yield its own delicious surprise. Waiting out in the hall. Attempting small talk. Wanting to say more, but hesitant to say more. What is great about Crazy, Stupid, Love is that one moment you're busting out laughing, and the next you're furtively brushing a tear from your eye at the poignancy of it all. Finding that delicate balance isn't easy, but it all works here.
Up until now I've kept it simple, but suffice it to say that the plot of Crazy, Stupid, Love has more interchanges than a clover leaf highway--most involving someone who has the hots for someone else who has the hots for someone who isn't the one who has the hots for them. (Follow?)
Complications abound, building to a climactic scene that is truly as CRAZY (and funny) as anything you're likely to see, along with a major plot twist that had the audience reeling with UH-OH surprise.
Analeigh Tipton is an up-and-comer who plays Robbie and his younger sister's 17-year old babysitter. Robbie has a major league crush on her. What she does to help him deal with it at the end undoubtedly will have some straight-laced older folks shaking their heads...BUT I LOVED IT! Those who know me will say, "Yeah, HE would!"
In the film's major subplot, Emma Stone shines as Hannah, a young bar hopper who hooks up with Lothario Jacob, destined to be just another one of his easy conquests...or IS she?
Julianne Moore gives us her typically brilliant performance.
Kevin Bacon is here too, and why not, if you're familiar with the Six Degrees of Kevin Bacon game.
There's even a cameo from the ever maudlin Josh Groban, in a non-singing role.
Along with Horrible Bosses, Crazy, Stupid, Love now gives us two brightly gleaming summer comedy gems--a rarity in any year!
Grade: A
Posted by Timoteo at 7:05 PM 2 comments: