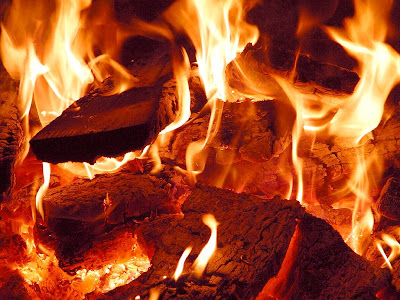 STARS: Noomi Rapace, Michael Nyqvist
DIRECTOR: Daniel Alfredson
GENRE: mystery/suspense/thriller
(Two versions on the DVD--In Swedish with subtitles, and dubbed in English version)
Noomi Rapace returns as Lisbeth Salander--the chain-smoking, bisexual computer hacker and butt-kicker in the second installment of Stieg Larsson's Millenium trilogy: The Girl Who Played With Fire.
This time she's being framed for a triple murder--yes, this is a girl who just can't seem to stay out of trouble. We instinctively feel that she didn't do it, because her former investigative journalism partner , Mikael Blomkvist, (Michael Nyqvist) believes in her innocence, and WE believe that he is an all around good guy, dedicated to journalistic ethics and bringing out the truth. (This you will know from seeing the first film: The Girl With The Dragon Tattoo, also reviewed here. See "Dragon" first, so that certain things about this film will fall into place easier for you.)
But anti-hero that she is, I found myself wondering if the numerous plot twists and turns of this movie (like the first one) might somehow snake back on themselves and point the finger at her anyway, as her prints are on the murder weapon, after all! And she spent time in the looney bin as well...all grist for the police to try to build a case against her. It all ties in with a sex trafficking ring about to be exposed by Blomkvist's publication, Millenium, and the subsequent outing of some high profile dudes who are involved. It's a race against time for Salander to try to clear her name, while Blomkvist goes after the real bad guys-- and there are some intriguing ones, straight out of the old James Bond movies.
Perhaps due to a switch in directors, (Niels Arden Oplev directed "Dragon," while Daniel Alfredson was at the helm for this one)I found The Girl Who Played With Fire to have more of a brooding tone to it than the first film--and I like brooding a lot...you know, when there's a break in the action and one of the main characters is lost in contemplation about her plight, sitting in front of a picture window with a gorgeous view, while some appropriately brooding (defined as to dwell gloomily on a subject) music plays, thanks to Jacob Groth's appealing soundtrack.
The Girl Who Played With Fire is gritty and dark (almost TOO dark--for my tastes-- during some of the sex scenes involving Salander and her female friend...hey, turn up the lights!). But it held my interest, with the expected surprises along the way, (expect the unexpected) leading to a web of corruption and intrigue...kinda like the election we just had here in America!
Noomi Rapace and Michael Nyqvist are two fine actors--and they didn't disappoint here--setting the stage for the third leg of the trilogy: The Girl Who Kicked The Hornet's Nest.
GRADE: B
Posted by Timoteo at 3:30 PM 2 comments: Links to this post