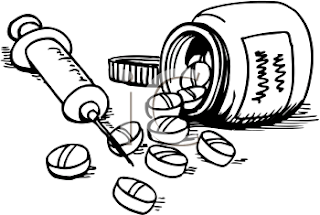 There's an old song from the seventies by Dave Mason, with a refrain that goes: ...there ain't no good guy...there ain't no bad guy...and that seems to be the not so subtle point Sicario is making about the failed and misguided American war on drugs.

Emily Blunt is Kate, an idealistic FBI agent who gets recruited to join an inter-agency task force that aims to bring down a brutal Mexican drug cartel jefe.
To accomplish their objective, they must first make a foray into the most lawless and dangerous cesspool in the western hemisphere--Juarez--to kidnap one of the cartel's top men. As she is drawn deeper into the violence and moral ambiguity of the mission, Kate's ethical compass is spinning out of control.

Blunt has shown she is capable of much more depth and nuance (in films such as Sunshine Cleaning and The Adjustment Bureau) than what this role affords her the opportunity to display. And I scratch my head as to why she was drawn to the film to begin with, other than maybe she's always wanted to play an action hero?

The pros of Sicario are the gritty performances from Josh Brolin, as undercover CIA guy, Matt Graver;  and Benicio Del Toro, Matt's partner--a loose cannon intent upon exacting a personal revenge. The cons, in my opinion, are the grisly scenes of violence (unless you are pathologically drawn to that sort of thing, like SOME people I know), particularly the shocker near the end that only serves to attempt to justify the utter depravity that we, as humans, will resort to with our eye for an eye, end-justifies-the-means mentality.

Bottom line...if you're thirsty for blood, forgo the latest vampire movie and see Sicario instead.

I can't imagine who Tim might be referring to when he talks about aficionados of violence! Me, I thirst after blood when it's part of the story. And, indeed, Sicario offers a lot of it. It also offers an abundance of confusion. Not just for Emily Blunt's character, who is kept in the dark for two-thirds of the film. I, too, was totally confused. As a rule, I like good villains (good as in nasty, cruel, sadistic, etc.). But I couldn't decide between Josh Brolin's perpetual sneer and Benicio Del Toro's squinty eyes. I will, however, give mucho kudos to Benicio (Benny for short) for his stellar performance.
For me, the real star of this vehicle was the scorer, Jóhann Jóhannsson, whose repetitive themes set a scary mood from beginning to end. Not unlike John Williams' theme in Jaws.
I walked away from this movie, fascinated by the fact that ISIS has now taken over the headlines. You don't hear much about the drug war south of our border these days. The fact that the biggest drug lord of them all, Joaquin "El Chapo" Guzman, who tunneled his way out of a Mexican jail nearly four months ago, is still on the loose is hardly mentioned. Guess that's the point of Sicario. You can't catch 'em all, even in the movies.

See the giveaway details at Goodreads.

Enter Giveaway
Posted by Timoteo at 12:49 PM No comments: 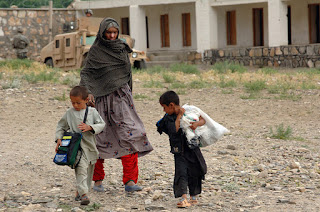 
How much you like Bill Murray--meaning the vintage SNL Bill Murray--will determine whether you get a kick out of Rock The Kasbah, or sit there somewhat embarrassed for everyone involved in the endeavor. And there are a lot of big names involved.

Rock The Kasbah follows has-been music promoter Richie Lanz (Bill Murray) on a USO tour to Afghanistan, with lounge singer Ronnie (Zooey Deschanel),  presumably his last client who still believes in him. They're counting on an in and out, take the money and run one night stand deal. But Ronnie despises the place from the get-go, whining and making bratty faces (but alluring faces nonetheless), and climbing the walls to get out of there. So it's no surprise when she skips out on Richie, heading for Dubai--leaving him high and dry-- sans money or a passport. I say no surprise in terms of the plot, but it was a shock to me as to why they pulled Zooey Deschanel--whom I like as much as Bill Murray, and if you consider appearances, a whole lot more--out of the movie early on and never brought her back!  I CONSIDER THAT TO BE THE MAJOR FLAW OF THIS FILM. And that's why I'm giving you a heads up so it can factor into your decision as to whether you want to spend your hard earned coin on a movie that makes such questionable choices. (There is Kate Hudson, though, as an affable hooker, which helps to ease the Zooey withdrawal. )

So now the plot veers in another direction, with Murray and Bruce Willis-- typecast as a menacing mercenary--playing off of each other. Then Richie overhears a young Pashtun girl named Salima (Leem Lubany), who sings just as sweetly as Shakira (and in fact looks like Shakira with dark hair), and the dollar signs spring up in his eyes. From this point, the movie is a poor man's Slumdog Millionaire, with Richie managing the girl through Afghan Star---the local version of American Idol.  But it will be a bumpy ride, as "uppity" women in this part of the world are frowned upon. In fact, they are often murdered. So after a sluggish start, things pick up in the second half, as momentum--and resistance--to Salima following her dream of singing stardom kicks into high gear.

There is a lot of goofiness is this movie, thanks to Bill Murray being Bill Murray. That aside, Rock The Kasbah reminds us all too clearly of the plight of middle eastern women, who are little more than chattel to their misogynistic menfolk, and offers that little glimmer of hope that one day this part of the world may yet emerge from the dark ages.

Ever watch a movie you know you shouldn't like but you keep watching it anyway? Rock the Kasbah was, for me, a good example of that. Not being a Bill Murray fan (except forGroundhog Day and Hyde Park On Hudson), I was prepared to suffer through this movie, eager for the end credits to start rolling. But I got hooked in spite of myself. Silly as the premise was, the message beneath that silliness was touching. I even found myself tearing up at the end, glad that at least one middle eastern woman wasn't stoned for wanting to sing. And sing she did. Beautifully.
Kudos for a musical score by Marcelo Zarvos that really 'rocked.'

I could carp about Bruce Willis playing two distinctly different characters which I still can't figure out. Or certain scenes – Bill Murray doing his happy dance around a campfire of stone-faced tribesmen--dragging on too long. But when I read at the end of the film that it was based on a real event, naming the real woman who won the singing contest, the first Afghan woman ever to do so, I forgave all the movie's imperfections and left the theater feeling hopeful.

Posted by Timoteo at 5:48 PM No comments: