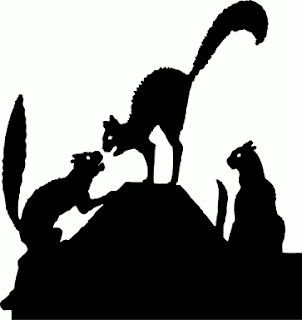 
We tend to think of a "catfight" as a snotty verbal altercation between two women that might, if it gets out of hand, devolve into some hair pulling. This ain't that kinda thing. This is Rocky Balboa and Apollo Creed. Bare knuckled.

And in this corner, weighing one hundred and seventeen pounds...

Don't be deceived. Catfight pits a couple of cinematic heavyweights--Sandra Oh and Anne Heche--against one another in a knockdown drag out slugfest of epic proportions!

Sandra Oh Plays Veronica--a self-absorbed housewife married to a wealthy industrialist war profiteer.  Anne Heche is a struggling lesbian artist. Freud would have a field day with her paintings. They haven't seen each other since college when their paths cross at a glitzy birthday party. Old resentments surface. Verbal barbs begin to fly, and soon thereafter the fists. Veronica gets the worst of it and ends up in a coma. For two years. Meanwhile, Ashley's fortunes have changed, and she is now a celebrated artist. Veronica has lost everything and takes work as a maid.

Fate throws the two of them together again and another brawl ensues. This time Ashley loses--by a knockout--and ends up in a coma. For two years. When she awakens, all her funds have gone to pay the medical bills, and her notoriety is gone. And the first one now shall later be last...there but for fortune...and all that. I love the symmetry of it. In all, there are three grudge matches between them where the punches fly and the blood flows freely. Some people are just always rubbing you the wrong way.

Catfight makes its satirical statement in a not so subtle way. No reading between the lines required. It has to do with, among other things, our national obsession with violence and war. With every punch thrown, there's the mandatory SOCKO sound effect (which you don't hear in a real fight) that's in every TV show and movie that features fisticuffs. Which is most of them.

Sit in front of the tube for a couple hours and take note of the shows they promo during the breaks. What do they show in these short clips? Somebody getting punched or shot. We've grown so numb to it, we're no longer aware of what it's saying about us. Maybe a clue to that is in the "Fart Machine"--a guy who interrupts the late night TV host's monologue by parading out and feigning flatulence. Everybody who watches this is highly amused--and, of course, distracted from what's really going on around them. (A statement about our declining intelligence level?)

Catfight is like a hot fudge sundae. Dark and delicious. And yes, dark humor requires something of a sophisticated mindset to be able to differentiate it from that which is being presented as deadly serious. Through humor the most serious of issues are often examined. The darker the humor, the more deadly serious those issues can be. And that's why humor should not be taken lightly.

JILL'S TAKE
OMG! I can't believe what I just read. At the end of Catfight, I turned to Tim and whispered, "This is, bar none, the worst f---ing movie I've ever seen!" Dark humor be damned. The tag line of this turkey should have read: "Thelma and Louise Meet Wrestlemania" with a little Animal House thrown in for good measure. Sheesh! (My personal expression of disgust.)
I can just imagine the "pitch" for this non film went something like, "Listen, JB. Let's get two bankable female stars to beat each other up for 96 minutes. We've seen tons of movies where guys do it but it's time to give women their due." Billed as a 'black and blue comedy,' the plot was so unbelievable, and the violence so un-funny, that I just plain hated it. Except for the musical score. They don't list a scorer but the musical supervisor, Devoe Yates, must have had a blast picking famous classical themes such as Grieg's "Anitra's Dance" to contrast with the battles going on onscreen. Still, I have a problem with violent comedies. (I wasn't particularly amused by Married to The Mob or My Cousin Vinny, either.) Maybe it's just me. After all, the Tomatometer gave it 76% -- but the audience score wasn't nearly as favorable...

The really sad part? Catfight is the last movie Tim and I will see together. I leave for California in two days. For good. We'll still write our joint reviews long distance but it won't be quite the same without him quietly disagreeing with me (or not!) as the credits roll.

Posted by Timoteo at 7:50 AM No comments: Links to this post