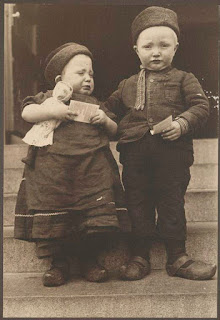 Normally I would keep you in suspense for a little while as I work up to my ultimate assessment of a movie, but this time I'm just going to gush, because Brooklyn may be the best film I have seen all year ( and we're very late in the year!)

Young Eilis Lacy (Saoirse Ronan) languishes in her small town in Ireland, until she gets the opportunity to emigrate to America and live in Brooklyn (where there are so many Irish folks it feels just like home!)  There she will work in a department store, receiving pointers on how to be personable with the customers. She'll live in a boarding house for young women. She'll meet a great Italian guy (Emory Cohen) and fall in love. But circumstances will draw her back to her native land--temporarily, or so is the intent--to console her emotionally manipulative mother following a death in the family. There she will become drawn in by one of the local bachelors, setting up a bigtime emotional conflict-- her heart stretched between two continents...the small town and the big town...an Irishman and an Italian--as we ride the edge of our seats (and it's not even a thriller), fully invested in the outcome.

And the reason we are invested is because everything about Brooklyn is perfect. The early fifties milieu...the fashions...the giddy girls at the boarding house...a world where politeness and reserve in speech and manner still prevailed...but most of all the extraordinary talent of the two leads and the chemistry they develop.

Emory Cohen has the stage presence of a young Brando, and Saoirse Ronan --whose beauty shines more from within than without--inhabits her character so thoroughly and convincingly that it seems she was born to play Eilis Lacy.

It there's anything here for my critical eye to land upon, it's that Brooklyn moves rather languidly, from a plot standpoint, through the first third or so of the film. But you're getting tons of character development along the way, augmented by a fine supporting cast.

If Brooklyn isn't well represented come Oscar night, someone will surely deserve a good whuppin with a shillelagh!!!  In light of the current immigration debate, it stands as a shining testament to a time when strangers were welcome here.

Ready for some more gushing? I couldn't agree more with everything Tim has said about Brooklyn. It's romantically nostalgic without being cloying. Although the times were far more innocent (nobody was texting during sex), I could totally relate. In fact, it made me yearn for those bygone days when being shy was endearing. And virtue wasn't a character defect. Yes, there have been plenty of movies about immigrants coming to America, hoping for a better life. But this one has a uniqueness that won't quit. Whether it's dealing with homesickness, the angst of being an outsider, cultural differences,Brooklyn has it all.

I hadn't heard of the two leads before. But I guarantee, after this film, both Saoirse Ronan (even with a name like that!) and Emory Cohen will become familiar to all of us. Both actors have such incredible eyes. Mesmerizing!

The cinematography by Yves Bélanger is superb. Whether it's a crowded Coney Island or the sweeping dunes of a deserted beach in Ireland, the visuals are poignant and perfectly memorable. My only beef – and it's a real stretch for me to find one – is an interior scene where snow flakes suddenly appear, falling slowly to the floor. I assume the director felt it added to the mood. I felt it was distracting. That being said, I urge anyone reading this to run right — NOW!—and see this gem of a movie.

Posted by Timoteo at 4:55 PM No comments: