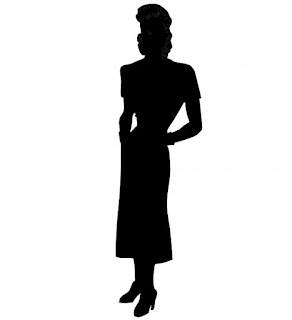 In Phoenix, Nelly (Nina Hoss) is playing a role. She's playing herself,  as if she were someone not herself...playing herself. That's a head scratcher until you learn that she is a concentration camp survivor in post-war Berlin, recovering from reconstructive facial surgery due to a bullet wound.

Her friend and caregiver, Lene (Nina Kunzendorf), wants her to come to Tel Aviv to start a new life. But Nelly is intent upon finding her husband, Johnny (Ronald Zehrfeld). She was a singer--he was a piano player. They made a good team. Or so she thought.

When she finds him, he doesn't recognize her because her face is different. In a poignant scene, he tells her of his wife (herself), convinced that she perished in the camps. But Nelly fits the same profile, he thinks, and he recruits her to impersonate herself in a scheme to collect inheritance money, as the rest of her family had been killed. Here is where we must decide whether to employ the willing suspension of disbelief and go with the idea that Johnny wouldn't recognize his own wife--face altered or not--by the sound of her voice, her mannerisms, etc.  My advice is to run with it, because you won't be disappointed the rest of the way.

Nelly doesn't reveal her true identity to Johnny, because Lene has told her that he is the one who betrayed her to the Nazis. She doesn't want to believe it, but she must discern the truth, so she plays along with his scheme until a climactic scene so "heavy" (as we used to say back in the day) it will have you thinking about Phoenix for days afterward.

Phoenix, despite its basic implausibility, got my attention. And that wasn't easy. Forget about the mistaken identity plot used in literature throughout the ages. What irked me from the get-go were the indecipherable subtitles. (White type against a white background? Pul-eeze!) Then I got confused about the main character's relationship with her friend. Was this woman her sister? Her lawyer? Her wannabe lover? I realize that foreign films don't feel the need to explain everything the way American films do. Still, confusion doesn't sit well with me. All this being said, the ending was worth the price of admission.

And the musical score was beautifully integrated with the story. (Of course it didn't hurt that our facially mutilated heroine was a jazz singer.) That being said, I'm sure Cole Porter would roll over in his grave if he read the German translation of the lyrics to "Night and Day" sung in campy style by two plump, post-war strippers. Which reminds me of another weakness in this film: the title. "Phoenix" is the neon-lit name of the nightclub where the husband works. And, yes, it can also be symbolic of our leading lady's rise from the ashes. But it's a stretch – like so many things about this movie.

Posted by Timoteo at 1:56 PM No comments: