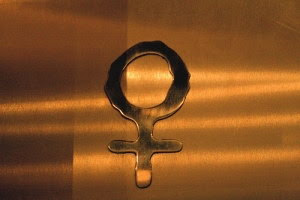 Director: Atom Egoyan
Genre: Erotic Thriller
Julianne Moore and Amanda Seyfried hook up in a steamy lesbian scene in director Atom Egoyan's Chloe. Moore has played some lesbian/bi-sexual roles before--though I don't know that she's ever come out and said ""I'm bi-sexual." It doesn't make a hill of pinto beans to me--but what gets me is actresses who are doing all this graphic stuff with other women on film, and then try to tell you they are straight--and that it's just part of the story, and they are making "sacrifices for their art." Like Cameron Diaz, who said: "If I'm going to be with a woman sexually, it doesn't make me a lesbian." No, it doesn't, Cameron. But bare minimum, it makes you bi-sexual.
Hey, if I'm an actor and I do a bunch of movies where I play a guy who likes asparagus, in scenes that require me to chow down on oodles of it...I wouldn't have taken on those roles if I really DIDN'T like asparagus! I"d spit that stuff right back in yo face!
Be whatever you want to be, (and be all you CAN be) but just don't insult my intelligence about it, is all I'm sayin.
AND NOW...BACK TO OUR STORY!
Julianne Moore is Catherine, a gynecologist who suspects her professor husband, David, (Liam Neeson) of cheating on her. She runs into Chloe, (Amanda Seyfried) a beautiful young call-girl, in a public restroom, and later gets the idea to hire the tart to approach her hubby and see if he will take the bait. When the two women subsequently meet to compare notes, Catherine finds herself getting aroused by Chloe's lurid descriptions of the things she's been doing with the doc's husband. Is Catherine living vicariously through the young temptress, thinking about the things she and David used to do together, but don't seem to have the time or the inclination for anymore? Or is there more to it than that? Well, yes there is...as the women become intimate with each other.
When Catherine must ultimately end the affair, Chloe crosses over into Fatal Attraction territory, as the scarlet woman spurned begins to find ways to ingratiate herself into Catherine's family. There's a twist at the end that I saw coming rather early on, and that you may catch onto as well if you're paying attention during the opening scene of the movie, and putting two and two together from there. The character of David is really window dressing here, as Chloe is all about the repressed desires of two women from disparate backgrounds finding common ground through their sexuality.
Michael Danna's brooding soundtrack is psychological thriller appropriate.
Temptation often leads us into sticky situations, from which we must try to extract ourselves--as best we can--hoping we haven't triggered the kind of karma that will come back to bite us on the butt...but that is often just what it does.
GRADE: B
Posted by Timoteo at 11:57 AM 4 comments: Links to this post 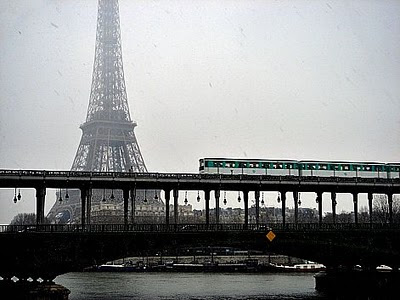 Stars: Leonardo DiCaprio, Joseph Gordon-Levitt, Ken Watanabe, Cillian Murphy, Ellen Page, Marion Cotillard, Michael Caine, Tom Beringer
Director: Christopher Nolan
Genre: Action, Sci-fi thriller
Inception feels like it was adapted from a long and complicated novel--though it was, in fact, concocted inside the brain of Christopher Nolan, (Memento) who wrote, produced, and directed the film. Anyhoo, screen adaptations of long and complicated novels often have that feeling of being condensed and compacted--where each plot twist is given only sketchy attention because we have to move along at lightning speed and try to get all those myriad elements in during the allotted time--in this case, creating a two and a half hour, mile-a-minute thriller that's a real challenge to follow.
Leonardo DiCaprio stars as Cobb, a guy who can enter someone else's dream and either extract information, or plant a seed in that person's mind that can trigger a change in his behavior in the real world. Cobb is hired by an Asian businessman (Ken Watanabe) to screw with the head of a dead rival's son, (Cillian Murphy) to implant the idea to disband his father's empire, and thus save the world from more corporate consolidation.
A subplot involves Cobb's deceased wife, (Marion Cotillard) with whom he has some major unresolved issues. She keeps showing up in the dreams, distracting him from his mission and potentially throwing a monkey wrench into the whole operation.
Inception's real fascination is its dream within a dream within a dream dreaminess, (ahem) and the fantasy--one that I suspect most of us have had--of forsaking "reality" to reside exclusively in the dream world.
While the film tries to present itself as a psychological thriller, its real appeal is going to be to action fans who revel in shoot-em-up and crap exploding all over the place. And even though the action is highly imaginative, with wowie-zowie special effects, (Paris folding in on itself, and other mind-bending images) the wild action is taken to the extent of overkill, and I found myself getting numbed out and just kind of bored with it after a while.
Hans Zimmer's soundtrack is one of the best things about Inception, but unfortunately, it's ceaselessly loud and overbearing. On top of that, there are times when you really can't make out what the actors are saying, and that's a bummer in a movie that needs your total unblinking concentration, or you are lost in a maze of WHA- WHA HAPPEN?.
Final analysis: Just like my geeky cousin Marvin, Inception has a lot of warts, but shows flashes of brilliance.
GRADE: C+
Posted by Timoteo at 7:56 PM 5 comments: Links to this post