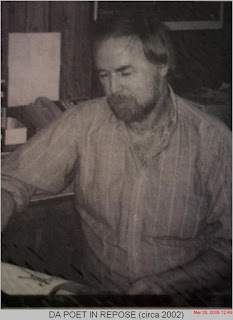 We're getting lazier all the time--relying on technology to do things for us that we used to do for ourselves. (I really think it was those veggie slice and dice devices you'd see on the late night infomercials that started the whole thing.) Surrogates takes this growing trend and runs with it--envisioning a world where people lay back on their dead asses and live vicariously through their surrogates: humanoid robots connected to a computer system, controlled by the operator's thoughts, and doing things the lard-butts wouldn't risk themselves in the real world. The operators' brains ostensibly experience everything the surrogates are doing, as if they themselves were out there drinking, dancing, and having wild, anonymous sex with good looking counterparts--whiling their lives away in a virtual reality twilight zone.

Naturally, there's a backlash to all of this: the humans who still want to engage life first hand and are having none of this robot crap. They live in segregated areas with revolution on their minds. When Dr. Lionel Canter, (James Cromwell) the man who created the surrogate phenomenon, is targeted and his son is accidently killed instead, it sends FBI agent Greer (Bruce Willis) and his partner Jennifer Peters, (Radha Mitchell) on a quest--via their own robot couterparts--to find the weapon that can fry the brains of operators when their surrogates are "assassinated."

Surrogates had the potential to be a more adult, cerebral kind of film if not for the obligatory smash-em-up car crashes and related mayhem--the kind of thing that's become such standard fare in movies that have nothing to say, that it's become boring and annoying. But Surrogates DOES have something to say. It's making a statement about the nature of addiction--specifically our growing addiction to the various ways in which we live--or try to live--vicariously: through the internet, (often lurking anonymously behind our on-line personalities--engaging others who may be doing the same) spectator sports, movies and television, and computer fantasy games, to name a few. All of which have their legions of addicted followers. And because people fall so easily into the trap of "acceptable" addiction--blathering away on their cell phones and texting while driving--it's not hard to imagine a world of the not too distant future where surrogates actually exist.

It's a film that gives one pause, and it's why I decided to post my real life photo here, to give Timmy's Noodle more of a human face--a photo which, no doubt, has been used by at least a few disgruntled females to throw darts at...but that's another story.