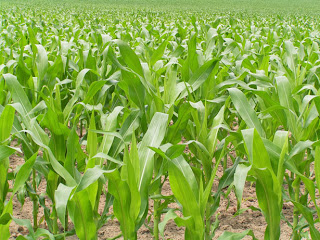 I wonder what the folks in Nebraska  think of Nebraska, and what they are saying about it. Having spent a goodly number of my formative years in the Cornhusker state, I imagine it's to the effect of:  Geez, we're not all such rubes!  While it's true that director Alexander Payne  has portrayed the locals, by and large, as  a mass conglomeration of hicks from the sticks, it goes with the territory in a film where most of the characters are varying degrees of over the top.

Nebraska is a funny movie. Funny in the way that Peyton Manning pizza commercial on television is funny (the one where he's "tossing the dough") because it relies on someone being totally naive and out of his depth.  You are going to hear that  the film is charming, heartwarming, and rife with cackles. And I agree. That doesn't mean it doesn't have its warts.

Woody Grant (Bruce Dern) is a crusty old guy who isn't  all there--at least according to his wise-cracking wife, Kate (June Squibb). When Woody receives one of those come-on sweepstakes notices saying he's won a million dollars, (you've got to read the fine print) he takes it at face value and is determined to make it to Lincoln, Nebraska--even if he has to walk--to collect his prize. When his efforts to convince old dad that he is being lured in by a scam are unsuccessful, son David (Will Forte) agrees to drive Woody from Billings, Montana to Lincoln.

On the way they will spend some time  reconnecting with folks in Woody's central Nebraska hometown of Hawthorne (a fictional place). When the locals get wind of Woody's apparent good fortune,  they come out of the woodwork--each with a different story claiming Woody owes them dough from long ago. And  then there is Ed Pegram, (Stacy Keach) who's a little more emphatic about what he wants,  and literally threatens father and son with dire consequences if they don't pay up.

The ubiquitous use of non-actors playing the local townsfolk (they ARE the local townsfolk) who deliver their lines in monotone--as if they were reading them right off the page--hinders one's ability to grant the "willing suspension of disbelief" that allows you to forget that you are watching a movie.

June Squibb, as Woody's eccentric wife, nearly steals the film right from under Bruce Dern, but it's due to the lines she's been given and not her dubious acting ability. Put some naughty words or sexual innuendo into the mouth of a senior citizen and folks in the audience are going to spew their drink onto the person sitting in front of them.

Stacy Keach playing the heavy  was not terribly believable for me...he comes off more like a city thug than a small town midwesterner. If there's anything Nebraskans are know for, it's their politeness, and I felt Keach's role required more subtlety.

Then there was the decision to film Nebraska in black and white, which gives the landscape an aura of desolation that seems better suited to a desert setting. Though the season depicted is winter, I feel the film may give those unfamiliar with the area a distorted view of what it's like. If you've ever been there--especially the eastern portion around Lincoln--you know that rural Nebraska in the spring and summer is one of the greenest places in the country--with cornfields and trees extending as far as the eye can see. But director Alexander Payne is making a  point about the winter of Woody's discontent--and maybe about people who live a kind of colorless existence.

Anyhoo...Nebraska IS a cute, funny, and poignant film, and if you're not from around there and wouldn't notice any of my aforementioned  concerns, you'll probably give it a higher rating than I did.

Picky, picky. All I can say is, I'm glad I'm from New England so none of the aforementioned flaws bothered me. NEBRASKA is a delight from start to finish. I'm not surprised Bruce Dern has garnered a Golden Globe nomination for Best Actor, Musical or Comedy. You really believe he's that stubborn old codger, determined to get his million bucks. Even if he has to walk from Billings, Montana to Lincoln, Nebraska. (837 miles) . I particularly liked the way Dern shuffled, all stiff-legged, feet pointing in opposite directions. And the gal who played his gossipy, super critical wife was absolutely brilliant. As we left the theater, Tim insisted she had little or no acting experience. I disagreed. Sorry, Timoteo. You lose! Among June Squibb's credits? Scent Of A Woman, Meet Joe Black, About Schmidt.

As for the film being in black and white. For me, it only accentuated the absurdity of the situation. Those long stretches of highway, the desolation one feels while viewing it. Handled differently, NEBRASKA could have easily turned into something maudlin and depressing. But director Alexander Payne (also a Golden Globe nominee for Best Director) knows how to make funny with audiences. And believe me, this audience was laughing nonstop. Maybe the monosyllabic dialog between hayseed brothers, watching a football game on TV, was exaggerated. But I bet most of the women could relate. I sure could!