What does the daughter of a notorious mass murderer do when she grows up? She becomes an entrepreneur--developing bizarre, violent, sexually aberrant video games...what else??? And from the opening scene of Elle--which smacks you right in the kisser...POW!--her life is set on a course to become its own live version of those games.

Isabelle Huppert (The Piano Teacher, Heaven's Gate, Amour) KILLS in her role as Michelle--a woman who defies labels. She has an Oscar nomination for Best Actress in her back pocket for this one; a gutty, gritty performance that's as physically demanding--she bounces off the walls a lot--as it is emotionally wrenching. She doesn't wear her emotions on her sleeve, however. No...she is the Ice Queen. But it's all in there building up like Mount St. Helens getting ready to blow.  Michelle is bent on finding the identity of  a man who brutally raped her, but she won't go to the police. She'll do it her way, in her own time, as she goes about her daily life.

"Elle is soooo FRENCH," my cohort Jill observed. Indeed. In French cinema you can address just about anything--murder, mayhem, perversion--and it's all done in such a breezy style that it's bound to elicit a smile.There's a line in there where someone says (to the effect of) that guilt should never stop anyone from doing just what they want to do. It's clear that director Paul Verhoeven (Basic Instinct, Robocop, Showgirls) took that to heart in making Elle. He got out of Hollywood, where this film could never and would never be made, as it pushes the envelope beyond Tinseltown standards in terms of its frank and brutal portrayal of psychopathic sexual behavior. It blurs the boundaries of film genre. It's a taut and suspenseful thriller, and just when you think that's exactly what it is, in come elements of the darkest kind of black humor. It's a romance too--in the kinkiest sort of way (without giving too much away)--that makes Fifty Shades of Grey look like a Disney movie by comparison!  Elle is tapping into a world of fantasy taboo that some will find uncomfortable to watch, while others may grasp that sometimes we can develop a perverse fascination for that which we find initially most repulsive.

Elle is not for those with weak bladders, because if you trot down the hall for even a couple of minutes, you'll be left in the dust. The film moves at breakneck speed, and never takes a breather. But keeping up with its twists and turns is half the fun. The other half is watching a transcendent talent at the top of her game--63 years old (in real life) with this and that popping and flopping out here and there, still as sexy and alluring a presence as any I've seen heat up the screen in recent memory.


JILL'S TAKE
I always suspected Tim was a pervert. Now I know for sure! If I had to create a subtitle for Elle, it would read: "a plethora of possibilities." As a black-and-white thinker, I'm not big on movies that leave me wondering what they're about. But then, that's the raison d'etre of French filmmaking.
I'm also not big on mixing film genres. A thriller should be just that, a thriller. Much of Elle made me feel both terrified and personally violated. But when the story exhibited moments of dark humor, I wasn't laughing. (Like I said before, I'm a b&w thinker.) Still, Ms. Huppert deserves an Oscar for playing 'the most physically demanding role of the year.' Those peppy dance routines in La La Land don't hold a candle to her gyrations!

Along with everything else, I wondered about, the significance of the title.  Elle? The literal translation is "she." But according to The Urban Dictionary, elle can also mean 'feminine, super pretty and sexy.' So I guess the title works. Sort of. But that's the thing about this noirish movie. It can mean a lot of things....sort of. 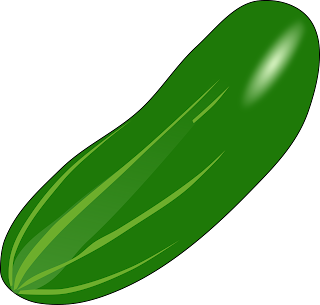 Here's the deal. If you don't catch onto the "twist" in Arrival (and we're not talking Chubby Checker), you'll likely be confused throughout most of the movie. I caught onto it late, near the end, realizing that if I saw the film again, I'd get a lot more out of it. (Is it just a ploy to get you to buy another ticket?)  A film is always more enjoyable when you know what's going on. Arrival (with an Oscar nomination for Best Picture) is like life, in that sense. You feel your way through it, and at the end you look back and see just where it was you went wrong. But unlike the movies, there are no do-overs. So son, you're going to have to feel your way through it on your own, the way we all did. For if I revealed the twist, it would be a SPOILER!

Amy plays Louise, a noted linguistics professor whose services are recruited by the army when a dozen big UFOs--that look like gigantic cucumbers standing on end--land at various sites around the globe. Louise has the best chance to communicate with the aliens inside, who look kinda like big octopi (octopuses?) wearing burkas. When she and her team make contact with the "heptapods," as they are being called, Louise begins to slowly decipher their language, which consists visually of something looking like circular shaped Rorschach blots. Throughout the film, Louise is seeing dream images of her with her daughter, who succumbs to disease and dies in her teens.

What's it all mean? Why are the aliens here, and what are they trying to tell us? It has something to do with the nature of time. In the end, there's a message about cooperation among nations, and how we are often too quick to reject what we don't understand, rather than going the extra mile to learn to really communicate.

But Arrival is so sloooow throughout the first half. On the other hand, it's a lot more cerebral than your average earth-versus-aliens movie. There is much food for thought. And the question that looms large--like a huge spaceship sitting in a field--is if you had your life to live over again...knowing how it would turn out...all the shit and all the sorrow, along with all the joy and all the love...would you go along for that same ride again? Arrival is telling us: don't be so hasty as to automatically say no.

JILL'S TAKE
At the end of Arrival, I leaned towards Tim and whispered, "Lucy, you've got some 'splaining to do!" I admit it. I was totally lost. Bored. And completely confused by this "sensitive" sci-fi saga. Maybe, if there'd been a subtitle on the poster that read: "Time isn't what you think it is...", I would've been able to grasp what the hell this movie was about. However, I did learn one important lesson; I now know why I don't enjoy futuristic films. They make me feel extremely stoopid!
That being said, I was also annoyed at how under-used Forest Whittaker (The Last King Of Scotland) was. He's such a great actor and his role here, as some bigwig general, is miniscule at best. The same could be said for Michael Stuhlbarg who plays a nervous Agent Halpern. (Stuhlbarg was absolutely brilliant as gangster Arnold Rothstein in the TV series "Boardwalk Empire.")
If I had to say something positive about Arrival, I'd give high marks to the graphics. (Wonder how these aliens would have said "Good job!"in their ink blotty language?) The visual and special effects guys must have a had field day. I was also relieved that the aliens didn't resemble E.T. or any of those other bug-eyed knock-offs. Still, if my two cents is worth anything, I'd avoid this befuddling film!