Now playing at home: THE INVENTION OF LYING (PG-13) 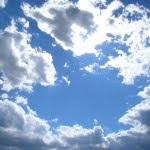 Stars: Ricky Gervais, Jennifer Garner, Rob Lowe, Tina Fey, Jonah Hill, Louis C. K.
Director: Ricky Gervais
Jennifer Garner looks more like a man than Hilary Swank does. That's a snarky remark, but it's the truth. Imagine a world where lying doesn't exist, and everyone just blurts out--uncensored--whatever is in their head at the moment. As you might expect, this makes for some hilarious dialogue throughout The Invention of Lying--a romantic comedy co-written, and directed by Ricky Gervais (creator of the original BBC series, The Office.)
On the one hand, everyone knows exactly where he or she stands with everyone else. On the other, everyone is incredibly gullible and naive, believing whatever anyone else tells them.
But when the computers are down at the bank, perennial loser Mark Bellison (Ricky Gervais) stumbles upon the ability to tell an untruth. As a result, he walks out of there with a goodly amount more than what he actually has in his account. Mark uses his newfound ability to hoodwink people (it's so easy) to create a life of fame and fortune for himself. But will he be able to win over Anna, (Jennifer Garner) the woman he's fallen for--even though she tells him he's chubby, snub nosed, and not in her league?
In a fascinating subplot, Mark tells his mother on her deathbed some stuff about "The Man In The Sky," and the wonderful place she'll be going when she crosses over, just to ease her fears. But it gets picked up by the media, and he soon becomes the world's most revered guru, with everyone believing he speaks to--and relays messages from--The Man In The Sky. It's a gentle poke at some organized religions, (and their spokespersons) whose followers by and large accept whatever dogma is fed to them.
Despite all the pointed remarks that are flying this way and that, The Invention of Lying is an ultimately sweet movie with a heart, and a conscience--augmented by a sound track from Tim Atack that is so lilting it feels like it could have been lifted right out of Ozzie and Harriet.
The Invention of Lying will cause you to re-examine the way we live in a world where everything--whether it be to keep from hurting someone, or to manipulate and take advantage--is based upon shading, or totally blotting out the truth. And despite her rather masculine looking facial features, Jennifer Garner is an attractive woman and a fairly decent actress. No lie.
GRADE: A
Posted by Timoteo at 1:07 PM 9 comments: