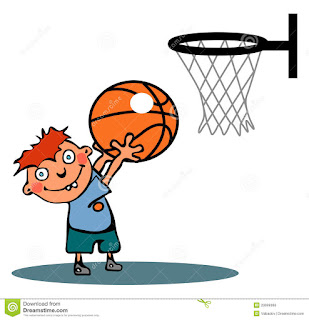 First off, I should tell you that the trailers for The Way Back are misleading. They make you think it's a story about personal redemption and triumph over adversity and addiction, against the backdrop of a young sports team on the rise. Former star basketball player, Jack Cunningham (Ben Affleck), takes over the coaching duties for the current sad sack team at his Catholic high school alma mater, and turns the team into a winner. In the process, he supposedly beats his own demons. There's no suspense about where the team aspect of the movie is headed, because this is an obvious "feelgood" flick. Or so you would think.

But the personal redemption aspect of it is long in coming and short on realization. In between there is basketball. And more basketball. This is basketball movie. So if you're not a fan, there really isn't going to be much here for you.

Jack has been separated from his wife (Janina Gavankar ) for about a year. We learn that the couple has suffered a tremendous personal loss, and their mutual grief has driven them apart. So Jack drinks. And drinks. If you don't like ubiquitous scenes of a guy chugging down the beers and swilling vodka straight from the bottle, there isn't going to be much here for you.

When the headmaster of his high school alma mater (John Aylward) asks Jack to take over the coaching duties for their currently crappy basketball team, he is reluctant at first. But he takes the job. His coaching style is to pull no punches with his kids-a collection of mostly goof-off stereotypes of young jocks--and to show them exactly where their weaknesses are. This is done through a lot of cussing.The F-bombs fly fast and furious, like balls bombarding the basket during practice. If you're not a fan of the F-word and similar colorful language...uh...there isn't going to be much here for you.

Jack meets with his estranged wife a couple times, and she tells him she has a boyfriend. This stings, because he clearly regrets their breakup. I could see a  a lot of potential to develop the story of their relationship beyond surface level, but it doesn't happen. It feels like maybe this was going to be a longer movie originally, but most of the substance got cut to make way for...more dramatic scenes of basketball!--and Jack's boys turning their fortunes around. Because the team loves being coached by a raging alcoholic who cusses like an entire ship of sailors! And the film accepts as benign the main thing that is wrong with sports on any level today: the obsession with winning at all costs.

Damn, there must be something that this reviewer liked about the film, right? I liked the foul language. (No harm, no foul!) There's something perversely ironic--and funny--about a coach at a Catholic high school letting the F-bombs fly, causing the administrative figures at the school to cringe. In fact, it's played for laughs. But if that's not your sense of humor, there isn't going to be...

Fuck it! That's what I have to say about this movie. My main reason for pushing Tim to see The Way Back was to find out if (often wooden) Ben Affleck would do a more convincing acting job portraying an alcoholic—since he is one. He did lie convincingly. And he was convincingly self-centered like alkies tend to be. But his acting was basically wooden.

This was one helluva schizophrenic film. If I had to pitch the idea to a production company, I'd say it's "Lost Weekend meets Hoosiers." Or "Leaving Las Vegas meets White Men Can't Jump." (I would sincerely hope they'd turn me down.

There were so many things that bugged me about this movie but I'll only focus on two. First, we see a seriously addicted alcoholic going to the same bar every night and passing out. Drinking while driving. Drinking at work. Even drinking in the shower. But once he gets involved with coaching, he suddenly decides not to frequent this same bar anymore. Like sobriety is a snap decision? (Tell that to anybody who attends AA meetings.)

The second thing that pissed me off was all the people who didn't need to be in this story. I didn't know who half of them were. Nor did I care. But if you want to see a chunky Ben Affleck--let's hope some of that was padding--go see The Way Back. Otherwise, stay home.

Posted by Timoteo at 2:41 PM No comments: