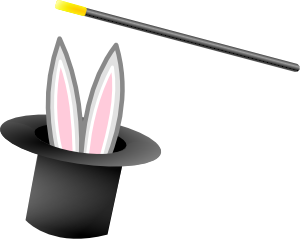 
Lars von Trier's Nymphomaniac: Vol.1 isn't about magic (you wouldn't call it magical in any way) but there is lots of sleight-of-hand going on. What appears to be actual oral sex is accomplished with the use of a prosthesis. A brief shot involving penetration turns out not to be the "name" actors in the film, but rather some porn star body doubles. That said, there's still enough provocative stuff here to push the limits of anything you'll ever see at a "regular" theater. (That's one where you're not likely to be sitting next to Pee Wee Herman, who's signing an autograph for you with his free hand.)

But Nymphomaniac: Vol.1 wants to take itself seriously, so we must decide whether to do the same. That's a bit difficult to do, though, because there's lots of dark humor here.

Charlotte Gainsbourg, who will do or say basically anything in front of the camera (catch her in von Trier's Antichrist for validation of this), takes on the more genteel role of story teller--recounting her sexual escapades to an older man (Stellan Skarsgard) who found her beaten and bloody in the gutter. The real action (should we call this an "action" film?) falls to young Stacy Martin playing "Joe," the younger version of Gainsbourg's character. Joe and an equally free-spirited friend have a contest to see how many men each of them can seduce on a train.

There is one brilliant scene where Uma Thurman plays a woman scorned who shows up at Joe's apartment with her young sons in tow. Her husband has abandoned her for the nympho nymphet, thinking she's in love with him. Thurman spreads it on thick with the melodrama, laying a guilt trip on the guy that's one for the ages. When another suitor knocks on the door, the real fun begins.

Don't know if I'd spend the money to see the conclusion of this two-parter, though the explanation for how Joe ended up in the battered condition we found her in at the beginning of the film is likely to be curiously kinky. May just wait for the DVD, as it's the kind of fare perhaps better enjoyed at home when you've slipped into something more comfortable and have all the shades drawn.

"Short and sweaty." That's how I'd describe this flick. Only it wasn't short by any means... Like NYMPHOMANIAC: VOL. 1, a film that's presented in five chapters, I will chop up this review accordingly.
Grade: C

Posted by Timoteo at 2:09 PM No comments: