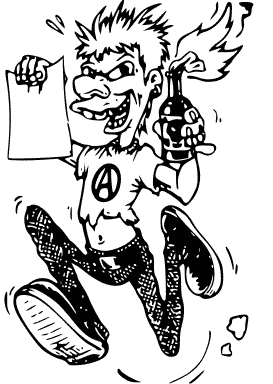 Stars: Michael Caine, Emily Mortimer, Charlie Creed-Miles, Ben Drew
Director: Daniel Barber
Genre: Action/Thriller
Not far back I wrote that Michael Caine was one of a select group of actors that I would go to watch, even if his movie sucked. I've followed up on that statement by viewing Harry Brown, a film as violent, cynical, and mean as they come.
Caine plays Harry Brown, an elderly widower and ex-marine. When his old compadre Leonard (David Bradley) is slain by young London street thugs, he turns into a British version of Clint Eastwood's vengeful character of Walt in Gran Torino, with a little Dirty Harry mixed in. Harry goes on a vigilante rampage --trying to find the punk who did the deed--blowing away anyone who gets in his way. The once mild-mannered pensioner becomes as cold-blooded as his adversaries, and that's the tragedy of the eye-for-an-eye ethos--it brings everyone down to a sub-human level.
Caine is superb in his portrayal of a man who slowly (and chillingly) morphs from average, look-the-other-way citizen into a calculating and relentless force to be reckoned with, despite his advanced age. The drug-addicted low lifes he's dealing with put the sadistic delinquents from A Clockwork Orange to shame. They rule the streets, as the police are portrayed as lamebrained, wimpy, and ineffective-- the one exception being the talented Emily Mortimer in an understated performance as the police detective who begins to sniff Harry out when the bodies start piling up.
Harry Brown will appeal to the vigilante justice crowd--feeding into the frustration ordinary folks feel about a world seemingly out of control (an erroneous perception fueled by the media).
Technically, the film is well done, but there is no subtlety in its uncompromising message. Dirty Harry did it with more panache, and the old spaghetti westerns did it with more style and imagination.
GRADE: C-
Posted by Timoteo at 9:05 AM 2 comments: Links to this post