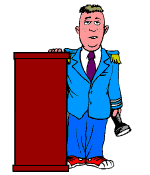 Rated: R
Stars: Kevin Spacey, Jason Bateman, Charlie Day, Jason Sudeikis, Jennifer Anniston, Jamie Foxx
Director: Seth Gordon
Genre; Dark Comedy
Jason Bateman, Charlie Day, and Jason Sudeikis are pure devilment together in Horrible Bosses-- a brilliant, snappy, outrageous, sexy, dirty, laugh-out-loud tour de force of a dark comedy that may just be the funniest thing of its kind ever to hit the theater screens! (Okay, so now you wanna know how I REALLY feel about it!)
Nick, (Jason Bateman) Dale, (Charlie Day) and Kurt (Jason Sudeikis) are three hapless wage slave buddies, each working for the boss from hell, and too dependent upon their jobs to quit, so they grin and bear it--just like most poor working schmucks in the real world. That is, until they hatch a plot to do away with all three of their nemeses.
Kevin Spacey is Dave Harken-- an anal, obnoxious, disingenuous authoritarian who jerks Nick around like a marionette. Across town, Kurt's boss bites the big one, and his cocaine addled son (Colin Farrel) is now calling the shots. And Dale is a dental assistant working for the sexually aggressive--okay, she's downright predatory--Dr. Julia Harris (Jennifer Anniston).
The fun begins when our three bumbling Musketeers start breaking into their boss's homes to gather incriminating information. A chain reaction of events is triggered, and somebody does end up dead, but it doesn't go down the way we're expecting.
The laughs in Horrible Bosses are rapid fire, and the other patrons at the showing I attended were cackling all the way through the un-politically correct hijinks--as most people will do in a darkened theatre where they can't be identified and pressured to make some silly public apology about something they said...or found amusing.
And while any sense of plausibility is thrown out the window early on, and you have to roll with that if you're going to get into the spirit of things--I did find it TOO RIDICULOUS to believe that Dale--as a red-blooded American male-- would staunchly resist the advances of a scantily clad, lewd and lascivious JENNIFER ANNISTON--even if he is engaged! The "dentist who wants to get drilled" represents a stunning departure for the former queen of PG-13 romantic comedy, but I think it's a good one for Anniston, who is finally showing us she's all grown up at age 41!
Kevin Spacey is utterly convincing as an over the top A-hole, and Jamie Foxx garners guffaws as a "hit man" named Motherfu**** Jones.
Everything came together for this one--the writing, the pacing, the acting--making Horrible Bosses one that will go down in the annals in the same class as The Hangover!
Grade: A
Posted by Timoteo at 6:34 PM 3 comments: Links to this post