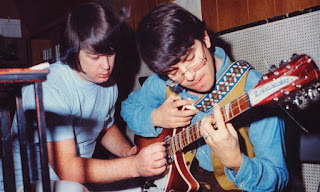 
Mental illness is a scary thing. And make no mistake, Love And Mercy is a scary movie about mental illness--a biopic addressing critical periods in the life of Brian Wilson, co-founder and creative genius behind The Beach Boys. It's a tale of redemption. Of walking through the fire and coming out whole again.

Wilson, who is played in his formative years by Paul Dano, and in middle-age by John Cusack, had been diagnosed as a paranoid schizophrenic by his doctor, Eugene Landy-- portrayed here with escalating creepiness by the brilliant Paul Giamatti.  Dr. Landy had been appointed as Wilson's legal guardian. He dominated and controlled every aspect of Wilson's life, eventually revealing himself as the actual sick puppy in the story. When a budding relationship develops between Brian and Melinda Ledbetter--a woman who had sold him a car--Landy does everything in his power to quash it. He is over medicating and overprotecting his "sick" client. And then there is Brian's abusive father.

Through it all, Wilson writes and goes into the studio to record new music for the Beach Boys, taking the band in a different direction creatively that not all--especially cousin Mike Love--are happy about. We hear the ethereal music that's playing inside his head. It's eerie, yet beautiful. That sums up the film as well.

Elizabeth Banks, as Melinda, shows off her acting chops as the woman who first falls in love with, and then becomes Brian Wilson's champion--the true hero of the story.

Under the inspired hand of director Bill Pohlad, Love and Mercy is a root-for-the-good-guy, packs a wallop with no punches pulled, yet ultimately touching film experience.

In fact, I'd say that anybody who isn't touched by this film is probably crazy.

Call me crazy then. I absolutely hated this flick. I agree that Paul Giamatti's performance is outstanding – along with his ill-fitting toupee. But in my opinion, Love & Mercy deserves an "F." Why? When a main character, real or fictional, is as self-absorbed as Brian Wilson's character was, I lose patience. Just because someone is considered a musical genius (questionable in my opinion!) doesn't give them license to behave as erratically as Wilson did. Granted, mental illness isn't the same as a common cold. Still, even madness gets pretty boring after awhile. (I felt the same way about Ed Harris' portrayal of Jackson Pollock.)

But the other beef I have with this self-indulgent piece of drivel is the concept of two actors playing the same role. The viewer gets hooked on one story line and resents being pulled away from it by the other. At least the casting of Paul Dano as the younger Brian Wilson had some vague resemblance to the real person. But John Cusack with dyed black hair as the older Wilson? Gimme a break.

I didn't see this particular movie with Tim but I just knew he'd love it. And it's always a lot more fun to disagree on these reviews.

One last bitching point. During the end credits, we see Brian Wilson as he is today, singing "Love & Mercy." He looks as miserable and unhappy now as he did back when he was being manipulated and over-medicated. So much for mental health!

GRADE:  F
Posted by Timoteo at 6:11 PM No comments: Links to this post 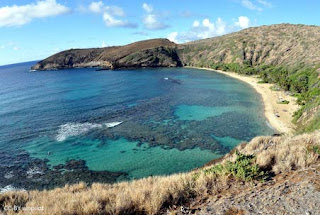 
If I had to sum up Aloha in one sentence, it would be: Impressive cast does what it can with what it had to work with.

Brian Gilcrest (the bankable Bradley Cooper) is an ex-military private defense contractor with a checkered past, coming home to Hawaii to help facilitate, in conjunction with the Air Force, the launching of a satellite--the pet project of billionaire Carson Welch (Bill Murray). While there, he steps into a romantic triangle involving his now married former girlfriend (Rachel McAdams) and the young Air Force assistant assigned to him (Emma Stone). In one scene, he is standing right between the two of them, and you can almost hear the refrain from that old song, "Three Coins In The Fountain" (which one will the fountain bless?) There is nothing terribly subtle about this movie.

There are a couple of nice scenes, though, and an appealing soundtrack. One where Emma Stone's character, Allison, is dancing with Bill Murray. I've always liked Bill Murray, so whatever he does, I'm grinning or smirking.  Even if it's contrived and too cutesy-poo to be believable. The other scene is the teary-eyed feelgood ending, which is worth the price of admission. Along the way we find out what Carson Welch's real reason is for wanting that bird up there, briefly touching on the what ifs of the militarization of space (currently there are treaties in place among the major powers to prevent that stuff from happening, but here it looks just too plausible for someone with deep pockets and an agenda to take matters into his own hands).

Aloha is getting panned by the critics, saying it's not up to director Cameron Crowe's other work (Jerry Maguire, Almost Famous), but you can't judge a rom-com by the standards of a serious drama. That's apples and oranges.  So we're grading on the curve. The question is, does Aloha fulfill the basic tenets of romantic comedy? Well yes it does. It follows the standard rom-com format of  boy gets girl--boy loses girl--boy gets girl back again. And when there is a  romantic triangle, it takes you to the last possible minute to delay which way things are going to go, to keep ya guessin' and on the edge of your seat. I, of course, had it figured out early on.... but then I'm a trained professional... DO NOT ATTEMPT ON YOUR OWN!!!

Aloha fits the definition of a "guilty pleasure."  You can see the marionette master's hands pulling the strings, pushing your buttons and manipulating your emotions,  but you are powerless to stop him...you old softy!

I've been taught that guilt—whether you're giving it or getting it—is unhealthy. But when it comes it "guilty pleasures," count me in! As I watched Aloha, I knew I was being manipulated, rooting for the right girl to get the wrong guy. (Who will transform into the right guy under her tutelage!) Sure, Alec Baldwin played Alec Baldwin. And John Krasinski played a monosyllabic husband that, in real life, no wife—military or otherwise—would tolerate. But romance is romance. And I'm as helpless as the next gal when it comes to staring into Bradley Cooper's blue, blue eyes. (Are they contacts, I wonder?)

I also loved the Hawaiian touches. The folklore and magic they played up. The music, the magnificent scenery. Hell, I even bought into the idea that blonde, Nordic-looking Emma Stone was part native. But then I watch ABC's "The Bachelorette" so I can't be trusted when it comes to liking syrupy schmaltz. Yes, I'm ashamed that I enjoyed Aloha as much as I did. But I never said I was Albert Einstein. (Or even Pauline Kael!)

Posted by Timoteo at 9:49 PM No comments: Links to this post