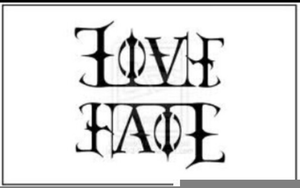 
As the slow march toward summer movie mediocrity begins (as evidenced by the previews of upcoming films I just sat through), The Best Of Enemies is something of a find. It's based on the true story of C.P. Ellis (Sam Rockwell) and Ann Atwater (Taraji P. Henson)--as unlikely of an odd couple as you're ever going to find.

Ellis was a white racist and leader in the Ku Klux Klan. Atwater was a housing activist for black folks. They were chosen to co-chair a committee on school desegregation in Durham, North Carolina in 1971. The committee was charged with giving the thumbs up or thumbs down to allowing children from a black school to integrate with a white school after the former's building was gutted by fire. Representatives from the KKK and the black community formed a panel that would make the decision after two weeks of public hearings. Something like that would be unheard of today in our climate of nasty political polarization.

As you can imagine, the two leads despised each other in the beginning. But a funny thing happens when circumstances dictate that you must interact with people you hate due to fear and ignorance. Their humanity begins to emerge. Your humanity begins to emerge. Because it's in there. Though it may be buried deep down in some of us and need to be dredged up with heavy equipment.

The Best Of Enemies is the inspiring story of how two people from polar opposites met in the middle and became friends. And it's mostly true to the facts (though if you read the book by Osha Gray Davidson you'd be able to nitpick some things from what I understand).

The film builds skillfully to a climactic moment that may have you cheering or grabbing for your box of tissue. I didn't know the story of this movie going in, but it wasn't hard to figure out halfway through how it was all going to come down. It's predictability doesn't make it any less of a stirring film. We all figured that The Italian Stallion was going to triumph in Rocky II, but it was still a helluva movie.

The Best Of Enemies is overly long, but I always forgive that if the payoff packs a punch in the end. Good turns from Sam Rockwell and Taraji P. Henson, and a story that allows us to root for the triumph of love over hate. The Best Of Enemies should probably be in the Oscar conversation, but having come out so early in the year, it may not be well remembered by then. In the same way that the spirit of brotherhood is not so well remembered in America these days.

JILL'S TAKE
Here's a personal antonym, that describes (for me) The Best Of Enemies. Outstanding,Superb, Captivating, Awesome, Relevant. (But despite both leads definitely deserving Academy Awards, the film's early release will probably kill any chance of that happening.) I was familiar with the story beforehand and, ever a fan of built-in conflicts, I couldn't wait to see the movie. I wasn't disappointed.  Neither was the the audience, applauding as the ends credits rolled.
So many great things about this movie!  But since Tim didn't mention the musical score—the irony of what we were seeing on screen as opposed to what we were hearing—I will start by heaping tons of praise on Marcelo Zarvos. Well done!
I hate to use this term, considering the subject matter, but if there's one thing The Best Of Enemies proves it's that nothing in this world is black and white. C.P. Ellis may have been a devoted Klansman but early on we see his tender side when he comforts his mentally challenged son. Sam Rockwell plays bigots so well. His cocky strut, his sneer. Since he's originally from San Mateo, California, I doubt he's had much white-sheet experience. Still, if I was in the same elevator with him, I'd feel slightly unnerved....
Yes, the movie was long and with all those town meeting scenes it could have felt endless but it didn't. If I had to find something to criticize—and, believe me, I'm seriously nitpicking here—I'd say the final turn around seemed a bit too sudden and unbelievable. Still, if you don't seen another movie all year, do not miss this one!
Grade: A+

Posted by Timoteo at 11:23 AM No comments: Links to this post