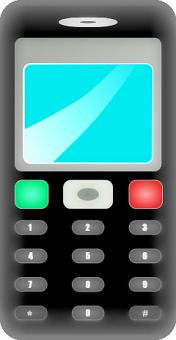 Two high-schoolers are texting each other in the hallway, standing close enough that they could have easily walked up and spoken in person. Just some of  the irony in Men, Women, & Children, which attempts to deliver a message about social media and its effect on our lives. But it does so by giving us caricatures instead of characters with any real depth.

The most exaggerated stereotype here is Patricia (Jennifer Garner), whose teen daughter (Kaitlyn Dever) just wants to lead a normal life-- have a boyfriend and so forth--but her every move is tracked by her overbearing and overprotective mother through the girl's cellphone.

At the opposite end of the spectrum, we have stage mom Donna (Judy Greer), who is intent upon getting her own teenager into showbiz by hook or by crook, including a website featuring photos of questionable taste that the starstruck daughter (Olivia Crocicchia) is more than willing to pose for.

Adam Sandler plays it straight (which is about as disconcerting as watching Steve Carell in a deadpan role) as a guy whose wife (Rosemary DeWitt), is bored enough to investigate an online site where married folk can hook up and engage in affairs  And like the story line of "The Pina Colada Song," hubby is looking for some extra curricular activity of his own with a working girl.

Ansel Elgort gives one of the more thoughtful performances as Tim, a star high-school football player who quits the team because he thinks sports is meaningless, then gets hooked on the even less meaningful world of fantasy video games.

Other subplots also tie into the movie's central theme, which seems to be that social media has created a world that never existed before. A world that, in some cases, panders to the worst instincts in ourselves. But like nuclear energy, it's still up to us to use it for good...or for evil.

Here's an irony for you. After seeing Men, Women & Children, I went home and my internet and cable TV had stopped working! Kaput. Nada. It's one thing to watch a film about the negative effects of too much social media. It's quite another to have it hit home so personally. They scheduled an appointment for me a day and a half later. By the time the guy arrived, I felt like a junkie in need of a fix. This made me appreciate even more the exaggerated characters' dilemmas in Men, Women & Children. It also made me realize how addicted all of us are to being connected to an invisible world.

For all the actors mentioned in Tim's review, the person I'd give the most credit to is the one in charge of graphics. Would that be Bruce Curtis, the production designer? Art Director Rodney Becker? Or the thirteen people listed under "Visual Effects By"? Whoever was responsible for putting text messages, emails, websites, Facebook pages up on screen while the live actors were doing their thing, deserves applause. (Or a smiling emoticon?) Still, I felt a bit sleepy in parts of this film. I also wondered how someone who wasn't computer literate (do they still exist?) would handle it.

Since Tim has scolded me for being too easy to please lately, giving an A and an A+ to the last two films we've reviewed, my grading for this one should make him happy.