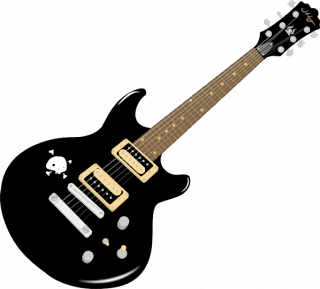 Meryl Streep's alter-ego has long wanted to be a vocalist (she has sung in several of her other films), but most of us probably didn't realize to what extent. Well, here we have it in Ricki and the Flash--upchucked from her inner being like a late night bar stool confession.  It's a total vehicle for the purpose of showcasing Streep's musical talents, with a plot that weaves in and out between sets as filler. So let's bring in Rick Springfield to give some cachet to the project, and to play Streep's sometimes lover. And let's add Meryl's real life daughter (Mamie Gummer) to play her daughter, Julie. Now there's a stroke of genius, as the physical resemblance is scary (think of the various ways that can be interpreted).

So Ricki is a sorta hippie, sorta redneck mother of three--two sons and the aforementioned daughter--who, when she's not working as a cashier at the local supermarket, fronts a rockabilly band called Ricki and the Flash. Her kids aren't exactly welcoming to her when she comes a calling for the purpose of consoling Julie over the dissolution of her short-term marriage. Julie is so pissed off about being dumped, it's ugly. And she's all too happy to take it out on mom with recriminations of why weren't you there when we were growing up. Well, Ricki was off following her musical dream, and as she states in her clueless way, you can't follow two dreams at the same time.

One of Ricki's sons is gay, and he seems to have it in for mom just on general principles. The other is about to be married, and that will set up a riotous, rockin' climax at the reception where the band gets to let it loose full bore. Speaking of bores, Kevin Kline is Ricki's anal-retentive ex-husband--ostensible played for laughs at the ridiculousness of two polar opposites coming together in connubial bliss. But it only made me think of how the icy family dynamic was done so brilliantly and more convincingly by Streep and Julia Roberts in August: Osage County.

As for Meryl Streep's musical abilities (she sings and plays guitar for real), she's a decent vocalist, and her ragtag band--an over-the-hill assemblage of guys who could be related to Willie Nelson--is good enough to pass for your average redneck barroom house band. But that made me think of how that scene was pulled off with more sincerity and straight ahead musicianship by Jeff Bridges and company in Crazy Heart.

But so what if Ricki and the Flash is a piece self-indulgent "slumming" by one of our greatest acting talents, who enjoys living out her dreams in the roles she plays? At this point in the game, she must feel she deserves it.

Before I share my impressions of this ridiculous movie (oh-oh, I gave myself away), I'd like to mention a scary reality I encountered this time: as I handed my ticket to the ticket taker in San Marcos, California, he asked to see the contents of my tote bag. It took me a minute to figure out why but I'm all for it. "Better safe than sorry."

And speaking of sorry, Ricki and the Flash qualifies. I don't know what it is lately about movie scripts but they have definitely forgotten the three act formula or how to follow through on the main theme. The author of this turkey is someone whose previous work I have loved. Both Juno (Best Writing Oscar, 2008) and The United States of Tara (Golden Globe winner, 2011) were brilliant. But Diablo Cody's work in Ricki is inconsistent at best and downright lazy. Once the family drama erupted, I quickly lost interest in Meryl Streep's rockabilly warblings. Yes, she's in great shape for her age. And if anybody can get away with a May-December romance, she can. But who cares? Once her daughter's suicide attempt is introduced (and quickly glossed over), another rendition of Lady Gaga's "Bad Romance" seems trivial indeed.

I always like to find something positive to say in these reviews. It's a challenge this time. But let's give credit where credit is due: The casting director. (Those aging band members were painfully real-looking!)

Posted by Timoteo at 2:11 PM No comments: