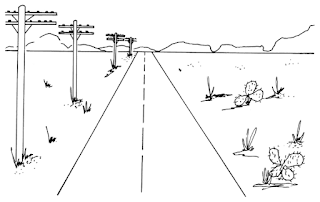 This film is not directed by Brian De Palma, though if you're a fan (as I am), you may have to keep reminding yourself that Nocturnal Animals is Tom Ford's movie. Ford (A Single Man) admits to an Alfred Hitchcock influence in his work, and De Palma--as I like to refer to him--is the poor man's Hitchcock. He transported the essence of the master into the modern day, with all the realism (erotica, graphic violence, etc) that Hitchcock's repressive era wouldn't allow. Completing the noir effect in Nocturnal Animals is Abel Korzeniowski's mesmerizing score;  it had me flashing back to Pino Donaggio's equally captivating soundtrack in De Palma's Body Double.

All that aside, Ford has given us what surely is the most memorable film of the year!  It grabs you from the opening scene, which cannot be adequately described (nor would I want to ruin it for you)--you've got to see it to believe it!

Susan Morrow (Amy Adams) is a Los Angeles art gallery owner who selects themes for their shock value, but she's bored nonetheless. She has a pretty good life--married to a pretty boy businessman who replaced her first husband, Edward (Jake Gyllenhaal), of twenty years ago. Edward was the sensitive type. A writer. A romantic. She figured he was going nowhere.

When current hubby exits early on for a business trip, Susan is left to her own devices. She receives a novel manuscript in the mail. It's from Edward--after all this time. The book is dedicated to her, and as she begins to read, it's clear that the main characters closely resemble herself, Edward, and Susan's teenage daughter. The novel unfolds upon the screen, and suddenly we are following the fictional narrative right along with Susan, drawn into an intriguing world of danger, violence, remorse and revenge.  We alternate between parallel universes--the fictional one and Susan's present day reality-- interspersed with flashbacks to dramatic moments of her previous life with Edward.

Something happens that causes Susan to question her current relationship, and as she reads on she's becoming emotionally drawn back to Edward through the fictional world he has created. Then he shows up in town.

They agree to meet for dinner.

I become more and more impressed with Amy Adams' talent with every film of hers I see. She has that rare ability to convey a ton of emotion with nothing more than the slightest twitch up of her upper lip. (Elvis had that same ability, but he was conveying only raw sexuality!) Amy Adams is one fine actor. In fact, there are great performances galore here (perhaps my collaborator will expand on that).

The themes of loss, betrayal, and revenge are explored in multi-layered and multi-level fashion--and you'll be ruminating on them...connecting the dots...before you hit the theater exit. The only thing that seems slightly out of balance is the amount of time devoted to the the fictional tale in relation to the present day reality. I thought the "real" story could have been more developed. Then again, if all reality stems from imagination (which it does) then who's to say what is real (as The Moody Blues so poignantly posited), and what IS an illusion?  Have you ever been so engrossed in a book--so in love with the characters--that you grew saddened at the prospect of it ending as you turned those final pages? Imagination has grabbed hold of your reality (as indeed it has for Susan) and become part of it.

And here's my epiphany from this movie: While it appears on the surface that Nocturnal Animals is Susan's story--indeed we are led down that path by the sheer weight of her onscreen time--it's actually Edward's story. But I didn't grasp that until the very end.

Now go, and tell me what YOU get out of it!

I always read what Tim writes before I add my "take." And this time, when I came to the line "She receives a novel manuscript," I laughed out loud. Yes, the manuscript is a novel which is what I believe Tim meant. But it is also novel as in "different from anything seen or known before." That definition could easily apply to Nocturnal Animals in general. It's a disturbing as well as memorable film from start to finish. And trust me, the beginning sequence – one I wish I could forget! – sets you up for a whole lot of discomfort throughout.
Nowadays, when I walk out of a movie theater, I usually ask the same two questions, i.e. "What did you like?" and "What didn't you like?" This time, however, my queries were more script-centered, i.e. "What do you think the meaning of X was?" and "What was the film's ultimate message?" Nocturnal Animals is definitely a thinking man's movie.
As Tim's "collaborator," I shall follow his lead and give Amy Adams' costar Jake Gyllenhaal his due. Anyone with such a complicated last name that can become a bankable movie star deserves special praise. But even if his moniker was Jake Smith, his acting would shine through. He's been in so many movies I've enjoyed (Nightcrawler, Southpaw and, of course, Brokeback Mountain) and those eyes of his? Chick magnets for sure.... I'd also like to mention another extremely talented actor in this film. Michael Shannon. He plays the fictional cop in Edward's 'novel' novel. The minute I saw him on screen, I recognized him from HBO's "Boardwalk Empire." Talk about intensity? This guy has it in spades.
I could go on and on (and probably ruin the movie for you) but before I sign off, my one miniscule criticism would be that sometimes the director/writer Tom Ford lingered a bit too long on closeups. Who wouldn't with two such beautiful actors' faces?
As Tim was reminded of Brian DePalma, who got his MA from my alma mater, Sarah Lawrence College (the first male student to do so, I might add.), I was reminded of Olivia de Havilland in The Heiress. When you see the movie, you'll understand why.
Grade: B ++