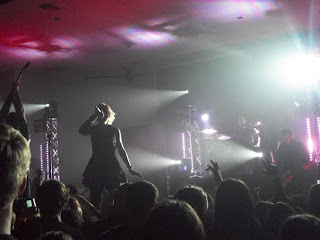 
So close and yet so far. 20 Feet From Stardom  chronicles the careers of several backup singers--including Merry Clayton, Lisa Fischer, Claudia Lennear, and Tata Vega--who were prominent  within the music industry, but virtually unknown to the general public. Unknown, that is, until you realize you've been singing along with them for a good portion of your life.  As in Clayton's visceral duet with Mick Jagger on "Gimmie Shelter,"  or Darlene Love's unheralded lead on some of the hits that were credited to The Crystals.

Darlene Love, of course, was the backup who beat the odds, and she is the central figure in  20 Feet From Stardom.  It was a long and bumpy road,  fraught with setbacks, on her way to the Rock n Roll Hall of Fame. There are other notable exceptions here too, such as Sheryl Crowe and Luther Vandross. Others, supremely talented in their own right,  eventually embarked upon solo careers, but for whatever reason--luck, timing, fate--never achieved that elusive stardom they were seeking. .

The beauty of 20 Feet From Stardom is that one minute were gaining insightful information about music history from Stevie Wonder, Bruce Springsteen, Mick Jagger (our first totally wrinkled rock star) and Chris Botti--and the next moment the theater is rockin' with archival concert footage from the likes of Ike and Tina Turner, The Rolling Stones, and Ray Charles.

We even get to see the mad genius himself,  Phil Spector,  at work back in the day. And while maybe their story didn't exactly fit here, I was hoping to at least get a glimpse of The Ronettes. After all, The Ronettes records WERE the Phil Spector sound in all of its thundering glory. (But I won't deduct any points for that.)

Simultaneously uplifting and heartbreaking, 20 Feet From Stardom is a film I will eagerly see again. It's the kind of flick you want to tell your friends about, and then take them to the theater with you to groove on their reaction.  If you love soul...if you love rock....this movie will knock your socks off.

Hell, it will blow you clean away.

Darn. Here I go again, agreeing wholeheartedly with Tim. I knew from the minute I entered that movie theater I was going to experience something special. Why? Because the place was packed with people at the 11:10 morning show on a sunny Saturday in La Jolla, California. I figured if those folks were willing to give up surfing for singing it had to be a winner flick.

Back in the 60s, when I was a professional songwriter in New York City, I distinctly remember using Gloria Jones on some of my demos (i.e. demonstration records made of acetate before CDs were even invented!). They don't mention it in 20 FEET FROM STARDOM but those backup singers made good money singing on demos. In fact, some equally talented vocalists worked exclusively as demo singers. But I'm getting off track here... This movie not only offered music aficionados a behind-the-scenes look at how a star is not born. It also gives you insights into what it takes to become a solo act.

(Like my dad used to say, "I'd rather be lucky than smart.") I absolutely loved the superstars' comments about their back-up singers. They know full well how important those doo-wahs are when it comes to creating hits. If I had to point out a flaw in this fantastic documentary, it would be from a totally personal point of view. Watching these hotties age before my very eyes—gain weight, moles and wrinkles—was a downer. Nobody is ever gonna convince me that wisdom outweighs beauty...