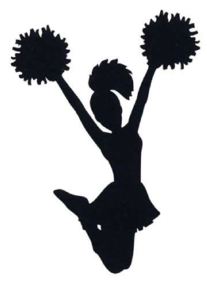 If anything, the Amy Schumer vehicle, Trainwreck, will be remembered as the movie that turned sports legends LeBron James and Amare Stoudemire into comedic actors!  They pick up a surprising amount of "playing time" in this satirical romantic comedy written by Schumer and directed by Judd Apatow (Knocked Up, Bridesmaids).

As of late, Amy Schumer has grown in stature (if not baby fat) to be one of our most popular comics, her onstage routines embracing all things sexual and perverse in that deadpan self-deprecating style. She blows the cover off the blonde all-American girl next door to reveal what we secretly suspected all along--that she has a dirty mind. Trainwreck is her attempt at branching out from being typecast as a potty-mouthed one trick pony into something of a serious (at times) actor, with mixed results.

Not all of the humor flies, but enough of it does to keep theater audiences tittering at regular intervals. Schumer--playing a girl named Amy--is a writer for a Cosmo/National Enquirer type magazine, assigned by her snarky boss (Tilda Swinton) to do an interview piece with sports surgeon to the star athletes, Aaron Conners (Bill Hader). The stage is set for these two to fall for each other, but Amy has been a boozer and a naughty girl, going through men like they were bon-bons on Valentine's Day, and she naturally begins to mistrust her unaccustomed feelings of giddy attraction.

One of the cuter sketches is where Schumer turns the tables, doing a parody on men who can't stand to spend the entire night with their one night stands. Placing a pillow between them to mark her territory after she and Conners have officially become bed-buddies is just the start of some clever and funny OCD playing out between them.

NBA mega-star LeBron James heads up a contingent of sports personalities who are clients of Conners.  James displays some decent acting chops along with his phenomenal athletic prowess in some extended screen time that shows Amy Schumer did not intend to train the spotlight solely upon herself.  Amare  Stoudemire also gets more than a cameo role, in a scene where a distracted and addled Conners is preparing to operate on the athlete's knee, but Stoudemire decides he wants no part of it and clambers out of his hospital bed, staggering down the hall and going BOOM!

Another surprising sketch has tennis legend Chris Evert, Matthew Broderick, sportscaster Marv Albert, and LeBron James all together riffing off one another. CHRIS EVERT EVEN UTTERS A NAUGHTY WORD!

Wow. Tim pretty much covered all the bases in this R-rated romp. If he hadn't already gone there, I was planning to praise LeBron's acting chops. He had a lot of zippy dialog and interacted well with both Hader and Schumer. Trust me, it won't be the last time we see him on screen. (Let's hope he's better at it than former athlete-turned-actor Jim Brown!)

I was also planning to mention Schumer's zaftig bod – well not exactly zaftig – as a realistic alternative to the usual anorexic actresses we watch doing the sexy. (Or, god forbid, Melissa McCarthy!) Her character's potty mouth and one-night-standish behavior may not be the norm but her figure sure is.

I guess the only other thing Tim didn't mention was Billy Joel's "Uptown Girl," played throughoutTrainwreck, because it's   Hader's character's favorite song to perform during surgery. Wonder what BJ got paid for letting them use it?

Sadly, I didn't enjoy this flick nearly as much as director Judd Aptow's other two contenders: The 40-Year-Old-Virgin and Knocked Up. It felt forced in places and played-for-laughs rather than reality. Maybe my objectivity was compromised because I couldn't find parking for nearly half an hour! (God bless southern California...) 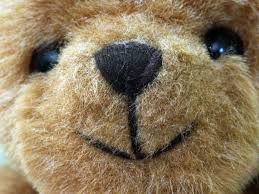 From the flashy Busby Berkeley-esque dance number at the get-go, I had the feeling that Seth MacFarlane was going to pull out all the stops for Ted 2, and I wasn't wrong. The teddy bear that came to life one day (thumpety thump thump...thumpety thump thump--oh wait, that was Frosty) is back, with his favorite human pal, John (Mark Walhberg). And they are up to more of the same hijinks that made the original Ted a smash.

Ted has married his gum smacking sweetheart, Tami Lynn  (Jessica Barth), and now they want to have a child. But being as Ted isn't properly "equipped" for the job, John agrees to become a sperm donor. I'll spare you the details of the havoc John and Ted wreak at the sperm bank. Let's just say it takes the gag that everyone remembers from There's Something About Mary to its furthest extreme! When Tami Lynn turns out to be infertile, she and Ted decide to adopt. But during those preliminary proceedings, Ted is declared not to be a person, and therefore disqualified from obtaining a child.. (In an era when even corporations are persons, there's something egregiously unfair about that.)

The plot thickens, and Ted and John look for an attorney to represent Ted in court so he can be declared a person, and they find one in the person of young Samantha (Amanda Seyfried). She's inexperienced and smokes a lot of weed, and though she's not exactly Atticus Finch in the courtroom, she and Ted will have their day, waxing poetically about the struggles of the oppressed throughout history.

MacFarlane never lets the action or the plot get in the way of a good sight gag, which he drops in totally out of the blue, wherever and whenever, giving the film a kind of haphazard, devil-may-care, batshit crazy kind of feel, but you gotta forgive him anything if it makes you guffaw like Goofy...least that's the way I look at it. The gags are often dirty, or biting, with pop culture references galore, and he's taking aim at plenty of targets. Several star cameos, from Tom Brady to Liam Neeson, add to the fun and merriment.

Despite it all, MacFarlane knows how to make you open your fanny pack and fish around for that tissue at the end. Ted just seems so real at this point...in fact, I would say to any young person who might ask: Yes, Virginia...there is a Ted...he exists as certainly as political incorrectness and fart jokes...

You get the picture.

Seth MacFarlane is definitely an acquired taste. It's easy to imagine some folks being deeply offended by his sophomoric sight gags and in-your-face humor. Fortunately, I am not one of these individuals. And anyone who chooses to see Ted 2 should know (from the first Ted and A Million Ways to Die in The West) that there'll be lots of cameos (One Tim didn't mention is Jay Leno), lots of profanity, and lots of out loud laughter.

Did I think the sequel was as good as the first one? No. Did I thoroughly enjoy it? Absolutely. The original concept of a toy teddy bear turning into Mark Wahlberg's buddy bear was brilliant. By the second version, Ted is still endearing – in a crude, wise-cracking way. But I felt some of the situations were forced, that MacFarlane (along with the other two screen writers, Alec Sulkin and Wellesley Wild) was trying a little too hard to be outrageous. This was particularly evident with Donny, played with appropriate madness by Giovanni Ribisi. Hellbent on kidnapping Ted so he could steal his stuffing to produce more talking teddies, Donny's chase scene – peppered with comic book characters – was a little too over-the-top for me. Still, it didn't stop me from lapping up most of this campy cartoon of a movie.


Posted by Timoteo at 11:40 AM No comments: Links to this post