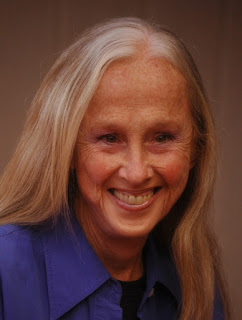 And now, the BIGGEST announcement in the history of  Timmy's Noodle Film Reviews!  (Not that we've had any big announcements prior to this.) Author, Broadway playwright, and former RCA recording artist Jill Williams is joining this blog as a regular contributor--giving you the benefit of two perspectives for the price of one. Jill was married to a two-time Oscar winner, which gives her instant "street cred" as a film reviewer.

So now you'll get my review, immediately followed by Jill's take on the same movie. We won't always agree--as you will see...oh, will you EVER see...but that's going to be part of the fun.

So please join me in welcoming Jill Williams!
Posted by Timoteo at 10:00 AM No comments: Links to this post 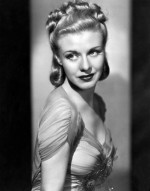 
The first thing I want to see at the beginning of a period movie is that the sets and the hairstyles and clothing of the actors is reflective of that era. In other words, to feel that I am authentically THERE. Otherwise, it's pretty stupid to ask you to believe you are watching a scene from the late forties, for example, when all the primary characters have contemporary looking hair styles. It's like they time traveled BACK to that era as their current selves, rather than being the authentic folks FROM that era. Some may think that's a relatively minor point, but I don't. And that's the first thing that irks me about On The Road, the film adaptation of beat poet Jack Kerouac's novel of "high" adventure in late forties and early fifties America.

I read the novel some time back, but if you are unfamiliar with it, you'll need to keep in mind that in the book--as it is in the film--that Kerouac has thinly disguised himself as a character called Sal Paradise, (Sam Riley) and his close friend Neal Cassady,(Garrett Hedlund) as Dean Moriarty. The third primary character is Cassady's free-spirited wife, Marylou (Kristen Stewart).

Okay, here it comes again...they didn't even try...they didn't even TRY to do anything with Stewart's straightish, beyond shoulder-length hair that looks the same in the movie as it looks in any current publicity shot of her. That's the end of my rant, except that I've posted a picture of what women's hairstyles really looked like in the forties at the head of this review.

So now they're all off to look for America in a drugged-up haze of weed fumes, Benzedrine and bongo drums. On The Road the movie is, like the book, a rambling recounting of aimless bohemian youth in all its hedonistic glory. It's evident that everyone involved in this production is trying real hard to bring off the unbringable and recreate the spontaneous, frenetic feel of the book, and to an extent they succeed.

Kristen Stewart, whom up until now has been associated with a variety of vacuous vampire flicks, loses her adolescent image-- along with her duds--as a seductive predecessor to the free love movement of the sixties with a couple of steamy, revealing scenes,including a menage a trois with Paradise and Moriarty.

Heglund is well cast as Moriarty/Cassady, but Sam Riley as Paradise/Kerouac just felt WRONG! Jack Kerouac had a kind of Boston "blue collar-ness" to him, and a bit of an edge to his personality that Riley--who comes off as slightly effeminate in the role--simply did not bring.

A bevy of household names are here in either small roles or cameos, including Kirsten Dunst, Viggo Mortensen, Amy Adams, and Steve Buscemi. Seems they all wanted to be a part of something legendary. The book is legendary, the movie is not, but On The Road--your quintessential arthouse film-- becomes more fascinating as it snakes and weaves recklessly along its way to a sobering conclusion.


FROM THE DISTAFF SIDE--Jill's Take!

[In case Tim doesn't include this in his introduction, I'm his bona fide movie buddy. We see everything together—and agree on nothing. That's what prompted the idea of me adding my two cents in writing rather than bending his ear in the parking lot.]

I'm usually very quick to have opinions, and strong ones. But ON THE ROAD left me wondering how I felt about it. Hairstyles be damned, it was long and disjointed. And I should have hated it. Only I didn't. And the embarrassing thing is, I can't really tell you why. Except that the film created a kind of innocence of the era. No cell phones, no seat belts. There's a scene—it won't ruin the movie for you—where Sal Paradise/Sam Riley goes into a mom-and-pop store to steal some food and the clerk says he'll be right back, heading for the supply room. Would that happen today? No way. The clerk would probably have a gun hidden below the cash register. I much preferred the road scenes to the endless pot-smoking orgies. Yes, the film meandered. And yes, the main character was nobody I'd ever empathize with. But for once in our joint movie history, I'd rate this flick higher than my male cohort. If for no other reason than to watch all those megastars—especially Steve Buscemi as a smarmy closet gay, and naked-from-the-rear Viggo Mortensen—making quickie appearances.


Posted by Timoteo at 9:53 AM 2 comments: Links to this post