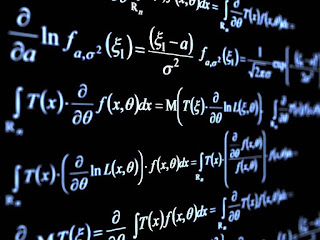 Hidden Figures, the "based upon a true story" tale of three young black women who worked for NASA in the Jim Crow era of segregation in Virginia in the early sixties, is the feelgood film of the year--so far (though the year's still young!)

Katherine Johnson (Taraji P. Henson) was a math genius who spit out blackboards full of equations that would prove instrumental in getting John Glenn into space as the first man to orbit the earth in 1962. Her two friends and cohorts, Dorothy Vaughn (Octavia Spencer), and Mary Jackson (Janelle Monae), had their own stories: Vaughn in her struggle to rise to a supervisory position within an organization that was male dominated and overtly racist; and Mary Jackson, who had to petition the court to allow her to attend classes at the all white University of Virginia so that she could fulfill requirements to get into NASA's engineering program.

Just as it takes many hands and many minds to put a manned rocket into space, there are many hands and many minds that go into the making of a film. In the beginning, there was the word. Or rather, the book by Margot Lee Shetterly. The movie, reportedly, is not a faithful rendering of the book--some creative license was taken with timelines, and some events were invented--all for dramatic effect--but that's typical of nearly all such film adaptations. So no demerits there.

A gold star goes to Pharrel Williams, Hans Zimmer and Benjamin Wallfisch for a musical score that adds punch to the most dramatic and uplifting scenes. And yes, they are manipulative scenes that will make your eyes water. After all, Hidden Figures is about some brave and spunky women who dealt with and overcame the astounding ignorance--the total disregard for human dignity--that was our American apartheid system which existed prior to the enactment of the groundbreaking Civil Rights legislation of 1964.

BUT...all the white folks portrayed here are one dimensional. To the man (and woman), they are all condescending racist creeps, to one degree or another. Even the most sympathetic of the lot--project supervisor Al Harrison (Kevin Costner)--is so wrapped up in his work that he has to be shown by the women themselves the inherent unfairness of some of the workplace conditions they had to put up with. Like walking half a mile to the "colored" restrooms. But by stereotyping ALL of the Caucasians in this manner, Hidden Figures paints a skewed portrait of the way it really was in the early sixties, when a growing consciousness and the movement for civil rights was beginning to form. I was around then (as a young'un) and can attest that while not all of us were Bernie Sanders, not all of us were George Wallace either. So a few demerits for some blatant stereotyping.

As for the acting, Taraji P. Henson deserves an Oscar nomination for "Running In High Heels," as she dashes back and forth to the restroom on her breaks!

Having seen the trailer for Hidden Figures at least a dozen times before actually viewing the film, I had some preconceived notions about what I'd be going to see. Ho hum, just another women's rights flick with black chicks. Boy, was I wrong! Not about the content but about how I would be drawn in emotionally. Racism is always 'box office gold' in film-making parlance. And Hidden Figures is no exception. What makes it unique is the woman's angle. And being about NASA doesn't hurt, either.
The performances were all top notch. But as I am a devoted Oscar follower, I must say that Octavia Spencer's "Best Supporting Actress" nomination is a bit puzzling. Yes, she was good as the never-getting-promoted victim of racial prejudice. But compared to the other two African American ladies who are nominated? Gimme a break. (I'm referring to Viola Davis in Fences and Naomie Harris in Moonlight.) I guess last year's all white brouhaha is to blame... Still, Hidden Figures is a must-see movie and definitely deserves its Best Film nomination.
I find very little to criticize. And at the end of two hours and seven minutes, I still wanted more. I especially loved how they showed the real women at the end of the film -- at different ages and stages of their lives. Very uplifting, indeed.

Posted by Timoteo at 1:01 PM No comments: Links to this post