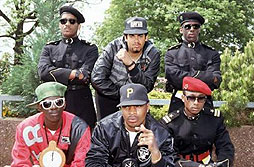 You're driving along. You stop for the light. Pulling up beside you is a vehicle with the stereo blasting, and immediately you hear the F-bomb, and a whole string of other "cultural indicators"--the poetry of the street set to a primal beat. You glance over and observe that (as often as not) the person singing along to the lyric is a pasty-faced teenager of the Caucasian persuasion.

Straight Outta Compton is the biopic that chronicles the meteoric rise to popularity of rap and hip-hop music---cutting across racial lines--produced by two of its principal architects, Ice Cube (O'Shea Jackson Jr.) and Dr. Dre (Corey Hawkins). Together with Easy E (Jason Mitchell), they formed the nucleus of the highly influential rap group, N.W.A, beginning in the late eighties. But the film doesn't show us just what special talent or charisma set these individuals apart from all the rest.  Self-serving manager Jerry Heller (Paul Giamatti in what should have been a nominated role) takes them on in mythic fashion, recalling the man with the big cigar saying hey kid, I'm gonna make you a star. And the rest is history at seemingly breakneck speed.

What the film does show is the ghetto life, racial profiling, and police harassment  of minorities that seemed to go with the territory in L. A. (and I'm sure in many other parts of the country) in those days, before we supposedly got all sensitive to people's rights being violated...er, excuse me...before we pretended that things had changed. Before Ferguson; before Baltimore; before Freddy Gray, etc. So it's an eye opener in that respect. In truth, the real appeal of these rappers was their ability to translate their experiences--the facts of their lives as they lived them--into their music in a way that could stir the emotions of the listener. Angry young men with a right to be angry--running afoul of the authorities in an era when freedom of speech meant say what you want, as long as you don't offend the sensitivities of  the most straight-laced among us.

Things do "develop" right along in Straight Outta Compton, as there are a bevy of bare boobs and booties shaking, but that other kind of development--that of the individual characters--is lacking. Still, there are some good beats, and the action sequences are top-notch. And we do learn the many creative ways in which the prefix "mutha" can be combined with other colorful epithets.

Straight Outta Compton serves to remind us that while our society may not be color blind--and likely never will be--our music (go to a Miley Cyrus concert) most assuredly is.

With all the outrage a'brewin' about the list of snow white nominees this year, Straight Outta Compton is the only black-is-beautiful offering.  For Best Original Screenplay. I can't really get excited about the screenplay, as I felt the movie was overly long and the three main characters were fairly one dimensional. I did, however, learn a lot more about the history of rap. I also developed serious respect for the artists who achieved their hard-earned success in this musical genre. That corruption abounds in the record industry is nothing new. The same could be said for the stock market (The Big Short), The Catholic Church (Spotlight) and the fur traders in the early 19th century (The Revenant). But the degree of violence, even murder, among those early rappers is unequaled. And this makes for a lot of exciting footage. And a lot of baaaad language....

I found it a bit ironic that Paul Giamatti's role as a smarmy agent/manager in this film was quite similar to another role he played in the 2014 Beach Boys biopic Love and Mercy. He does shifty very well. (Check him out in Showtime's megahit Billions if you don't believe me.)

I wish I could give Straight Outta Compton a high rating for it's raw honesty and exploration of a timely subject. But I just didn't care that much about the characters and that, to me, is a big flaw.