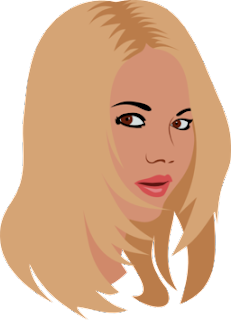 Vincent is cranky. He's rude to most people, he drinks too much, and he consorts with hookers--but he has a big fluffy Persian cat that he pampers, and that's how we know he's really a good guy at heart. And who better to play him than Bill Murray, who's uncannily adept at being stinky and lovable at the same time!

When divorced mother Maggie (Melissa McCarthy) and her 12 year old son, Oliver (Jaeden Lieberher) move in next door, Vince is predictably standoffish. Until circumstances drive Maggie to coax him (with money) to babysit Oliver after school while she's at work. The kid and the curmudgeon eventually warm to each other, as what 12 year old wouldn't enjoy hanging out in bars and going to the racetrack with such a colorful role model?

We're in familiar film territory here, as just this summer we had Michael Douglas playing the mordant mentor to his young grand daughter in the Rob Reiner flick, And So It Goes.  But there is more depth to Murray's character, as we learn later about his exploits during the Vietnam war.

A humorous subplot centers on Vincent's relationship with a pregnant "lady of the night" (Naomi Watts), and to add some bass to all that treble, we travel along to observe the tender moments he shares with his memory challenged wife at the care facility where she resides.

It's refreshing to see Melissa McCarthy in a role that brings out her human side, and Naomi Watts is a trip as your friendly neighborhood Russian stripper/hooker who makes house calls at Vince's place. Newcomer Jaeden Lieberher, who looks like he could be Macauley Culkin's long lost love child, is believable as a wimpy kid who gets picked on, but then gets in touch with his his inner Karate Kid.

Saint Vincent is just the right kind of feel good movie to get you tuned up for the holidays, as you'll leave the theater with a warm and fuzzy feeling (which may dissipate when you try to find your car in the parking lot).

I loved this movie. Feel good, it definitely is! (And the audience agreed with me with some tentative applause at the end.) As Tim pointed out, curmudgeon roles are always a good staple. Who could forget Jack Nicholson in As Good As It Gets? Or even The Duke in The Shootist (his young sidekick was played by Ron Howard). Bill Murray was terrific. But let's not give him all the credit. After all, the writer/director Theodore Melfi deserves a pot load of praise for creating such a colorful character in the first place. Whether it's watching Naomi Watt's very pregnant character pole dance, or hearing the word "Shit!" escape from a priest's mouth (ably portrayed by Chris O'Dowd), the original moments abound in St Vincent.

The hits of the 60s interspersed throughout took me back in time, as they did for Vincent. Unfortunately, I can't name any of the tunes right now. But as they played, and Bill Murray danced, my feet were tapping.

If I had to criticize anything—and I am loathe to do so—it would be the ending credits. I'm sure in theory the director and lead actor loved the concept. But watching Murray improvise over all those credits got a bit redundant.

Posted by Timoteo at 7:15 PM No comments: 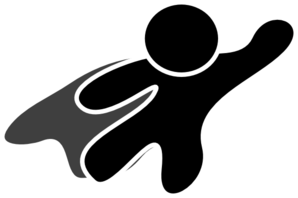 From the opening shot, where Michael Keaton's character, Riggan, is shown levitating off the ground in his skivvies, we are put on notice that we're in for something out of the ordinary with Birdman. "Extraordinary" would be a more fitting adjective for this tour-de-force of inventiveness, imagination and creativity from director Alejandro Gonzales Inarritu, who gave us, among other fine efforts, the 2006 masterpiece, Babel.

If you've absorbed any of the works of Isabelle Allende or Gabriel Garcia Marques, then you're familiar with the literary style of magic realism. That is a lot of what's at play here, and if you keep that in mind, you won't be sitting there, like some undoubtedly will, muttering this is all too far out for me!

Riggan is a has-been film star who, like Keaton himself, walked away from Hollywood and a lucrative career playing the superhero Birdman. Now, in the autumn of his years,  he's looking to redeem himself by adapting a Raymond Carver story and producing it for the Broadway stage. It's make or break time, and everything is on the line. But he has an eccentric and temperamental actor in Mike (Edward Norton), who could potentially sabotage the play. He has a lover (Andrea Riseborough), who says she's pregnant and springs the news on him in what can be the worst moment in a man's life when he's expected to be ecstatic but can't quite pull it off. He has a daughter (Emma Stone), who is just out of rehab and trying to stay clean, with mixed results. And his alter-ego, Birdman, speaks to him in a James Earl Jones voice--like the angel and the devil atop opposite shoulders--driving him crazy. Is Riggan schizophrenic, or does he really possess the super-human powers of being able to move objects with his mind, and the ability to fly?  Answers remain up in the air, as we gaze at them in jaw-dropping wonder.

Birdman soars in so many ways--from the cinematography to the amazing cast--who are playing way above their heads, in performances that should earn Norton and Keaton, at least, some Oscar nods.

There is one scene where Riggan is having a contentious conversation with a prominent critic (Lindsay Duncan) who has the power to destroy his play inside her poison pen. He gives it to her with both barrels in an exchange that will no doubt cause some film reviewers in the audience to squirm in their seats. It's as if the movie is flipping the bird (pardon the pun) in a preemptive strike at all those who might be so myopic as to allow the brilliance of this film to pass over their heads.

I've never given a rating any higher than an "A" because I don't believe there have been any perfect films (Last Tango In Paris notwithstanding). But if I were tempted to award an  A+ rating, Birdman would be the one to receive it.

I'm with the other mutterers here. Not so much because this movie is "too far out." I just don't like untidy endings where I'm left feeling confused and unsatisfied. Whether Riggan, ably portrayed by Michael Keaton (who has very wide shoulders, by the way), is mentally unbalanced, or has simply morphed into the larger-than-life character he's played on screen, is something the viewer has to decide. When I go to a movie, I prefer that the screenwriters decide those details for me.

I will say that when Birdman started, I absolutely loved the backstage insanity, the pretensions of Broadway versus Hollywood, the hyperactivity that pervades this particular milieu. And Edward Norton's performance is one of his best. Absolutely brilliant. There's a lot going on in this film. A little too much for my taste. And by the end, I was exhausted. Still, I'd be remiss if I didn't mention another stellar acting turn by Emma Stone -- where she reams out her dad (Keaton) for being such a shitty parent. Last but not least, the drum-ridden score by Antonio Sanchez was suitably dramatic and extremely original.

Having said all this, I still disliked this film. A lot. As pretentious as Norton's character is, I think Birdman is one of those films that movie snobs will feel compelled to praise. Whereas the average movie goer – like me – will either mutter, or pretend to like it so as not to appear cinematically unsophisticated.

Posted by Timoteo at 3:17 PM No comments: