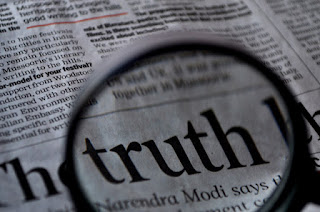 In 1971, the Nixon White House tried to quash the publication of what came to be known as the Pentagon Papers--a classified report on the Vietnam War that was leaked to the press--revealing that the public had been lied to about the war and America's prospects of winning it going back, essentially, to day one. It's no coincidence that in 2018, as history repeats and the free press has once again come under  attack from the oval office, that a blockbuster film, The Post-- drawing parallels between then and now--should come along to strike a blow for truth, justice, and the American way.

Taking up the mantle of Clark Kent back in '71 was Ben Bradlee, executive editor at the Washington Post--played here by Tom Hanks in what surely will be regarded as the role of his career. Co-starring with Hanks is Meryl Streep as Katherine Graham, the widowed inheritor of the Post, whose decision it will ultimately be to put her livelihood and even her freedom on the line if she defies a court order that halted the New York Times, which originally broke the story, from further publication of the report.

I won't be surprised if  Hanks and Streep  both get Oscar nods. Her name is always there come Golden Globes and Oscar time, but she hasn't collected the hardware in a while, and this may be her best shot to get back in the win column.

The Post has all the earmarks of a Steven Spielberg film--it's high drama drenched in the authenticity of the era, and it's playing to sold out performances. Not so good for claustrophobics like me, but I managed to keep some space between myself and the guy a couple of seats down who had his feet propped up, shoes kicked off (it's these new comfy adjustable seats the theaters are installing now) and halfway through the movie I heard snoring. I expect to see filmgoers showing up in their pajamas soon.

The Post, however, should keep most viewers wide awake and glued to their seats--it's riveting stuff that also serves as a much needed reminder, in these precarious times, of why freedom of speech and a free press appear at the very top of the Bill Of Rights.

While we're on the subject of lean-back movie seats, I want to kvetch about the overwhelming smell of french fries and the loud chewers sitting next to me.... I realize that movie theaters are bending over backwards to woo customers—although the first time I tried to see The Post it was sold out—but how I long for the good old days when movie theaters were for watching movies!
I pretty much agree with everything Tim says about this film. The attention to detail that Spielberg is so famous for was outstanding. It made me miss phones you could dial, typeset, the whir of printing presses, etc. And I especially loved the authentic outfits, i.e. Hank's striped shirts, Streep's conservative dresses.  High marks go to costume designer Ann Roth, a veteran of Broadway, whose movie credits include other Tom Hanks/Meryl Streep films such as The Bonfire of the Vanities and Postcards From The Edge.
Not only will the leads in this film garner nods from The Academy on Sunday, March 4th. I'll go out on a limb here and say Hanks will win his third Best Actor Oscar. I might also predict a Best Supporting Actor nomination for Bob Odenkirk, who plays Ben Bagdikian, Bradley's right-hand man at The Post. Odenkirk ("Better Call Saul") is one of my favorites.
I might have cut a bit more of The Post(especially the bedroom scene with Streep and her daughter), as I felt it dragged in spots. And I definitely felt Sarah Paulson's acting talent was wasted as Ben Bradley's dutiful wife. But the audience clapped at the end and people are packing the theaters in southern California. So it's definitely worth seeing. And if you want to be sure of getting a seat? Order one online!