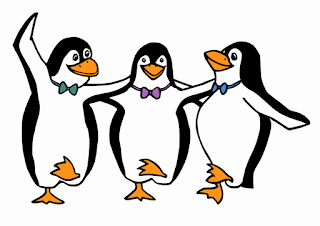 It will require some patience and some faith to get through the early part of Where'd You Go, Bernadette. Patience and faith that director Richard Linklater is saving his best for last, because the first half of the film is talky and slow. Ironically, patience and faith are what are often required to deal with highly creative people, who can often come off as borderline mad.

Enter Bernadette Fox (Cate Blanchett),  a "highly decorated" architect who came to national prominence and praise for her innovative style. But marriage and becoming a mother have caused Bernadette to disconnect from the fire and passion she once poured into her work. She's dismissive and rude to her admirers and is embroiled in a nasty feud with her neighbor, Audrey (Kristen Wiig).

Because she basically doesn't like people (in these times, I think more and more of us can identify). And she appears to be hooked on prescription drugs. So how and why does she end up in Antarctica after an FBI agent comes calling, revealing that the Russians may be plotting against her? (They've got their fingers in everything these days!) That's where your patience and faith in sticking with Where'd You Go, Bernadette pays off, in learning whether she's a true whack job or maybe someone who just needs to get her mojo back!

Billy Crudup plays Elgie, Bernadette's increasingly concerned and bewildered hubby, who is driven to lure his wife into an intervention, after coming to his wit's end with her increasingly erratic behavior.

Newcomer Emma Nelson shows promise as Bernadette's loyal and fiercely protective teen daughter, Bee. That's refreshing, because normally it's mom and daughter who are at odds with one another. Here, mom is just at odds with the rest of the world.

The pristine beauty of Antarctica goes on full display in the second half of the film. But I felt that there should have been more penguins, and that they should have been dancing around--or something. (Watching too many animated features will spoil you that way.)

The ending feels a bit tidy and formulaic, but it's worth the price of admission to watch a true master at her craft play another master at her craft, and give it all the frenetic nuance that portraying an eccentric creative genius requires.

Before I say one word—pro or con—about Where'd You Go, Bernadette?, I want to heap icicles of praise on the visually fascinating end credits. Do NOT exit the theater before they're done!

It's never easy portraying ultra neurotic artists on screen, showing their idiosyncrasies in manic bloom and yet having them come off as sympathetic. (I rest my case with a film like Pollack.) In this instance, however, screenwriters Holly Gent, Vince Palmo and director Richard Linklater manage to pull it off. With a ton of help from Cate Blanchett. This woman can play any part. From a crazy sister in Blue Jasmine(for which she won a 2013 Oscar), to a wealthy but repressed lesbian in Carol (for which she was nominated for a 2015 Oscar), to Katharine Hepburn in The Aviator (for which she won a 2004 Best Supporting Actress award). A truly amazing talent!

Unlike Tim, I felt the story moved along at a comfortable pace from the get-go. There were enough tense moments—at school, at the dinner table, with the next door neighbor—to keep my attention from wandering. Okay, so maybe the meeting between Blanchett's character and fellow architect Lawrence Fishburne went on a bit too long... But I felt it was needed. (Nothing like rampant denial to make us believe this woman  belonged in a looney bin.)

I found Where'd You Go, Bernadette? Really original. Even though the book by Maria Semple is billed as a novel, I kind of wished it was based on a real person. Go see this one, as I'm quite sure Ms. Blanchett will be up for yet another Academy Award in 2020.

Posted by Timoteo at 10:14 AM No comments: Links to this post 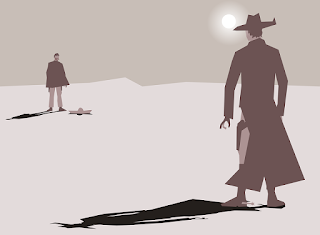 Quentin Tarantino has been an acquired taste for me, like the teenager who's not yet crazy about the taste of beer, but he'll imbibe along with his peers just to see what all the buzz is about. I'm happy to report there's no bitter aftertaste for me with Once Upon A Time In Hollywood, Tarantino's latest--which seems tailor made for the boomer crowd, with it's delightfully creative sixties soundtrack and its partly historical and partly fictionalized story of the Charlie Manson clan and the ritualized murders of actress Sharon Tate and several of her friends back in '69.

The story centers around aging western film actor Rick Dalton (Leonardo DiCaprio), and his stunt double buddy Cliff Booth (Brad Pitt). Dalton's film career is in decline, and Booth is seen as something of a loose cannon, who may have killed his wife and gotten away with it. The story line allows DiCaprio, as he bemoans his declining prospects, to bring out his sensitive side, while Pitt gets to explore his macho instincts in spades.

Margot Robbie plays Sharon Tate in all of her blonde-ness--and there's a cameo from Al Pacino as a  bespectacled agent, and the always expected snippet from crotchety old bastard Bruce Dern, who's become the new Brian Dennehy in that he shows up in just about every movie being made these days.

Methinks that to get your money's worth here, you'll need to be of a certain age, or have read Vincent Bugliosi's Helter Skelter--the definitive work on the Manson family and their grisly handiwork. Younger viewers may not pick up on who some of these historical figures--Tex Watson, "Squeaky" Fromme, Jay Sebring, Abigail Folger, etc. are when their characters are introduced and thus miss that tingling sense of foreboding when you know what's about to happen--or what you think is going to happen--as the film careens to it's ultra-violent climax. But here, for once, the violence seems justified in a primal and satisfying way, because it's striking back at evil.

You've got your celluloid heroes and you've got your real heroes. Once Upon A Time In Hollywood proposes what if, through some cosmic glitch, known reality was thrown out of whack just long enough for them to become one and the same and change history in the process? And what if we could present that idea in such a rip-roaring way that we create what's going to be the most talked about film of the year? What if heroes were around to prevent some of the senseless tragedies occurring with alarming frequency? We're still searching for some of those heroes today.

For anyone planning to see this film, I have two serious suggestions: First, bone up on your Hollywood trivia so you can snicker at all the inside jokes (i.e. Clint Eastwood's spaghetti westerns, Natalie Wood's murder on a boat, the all-too-familiar alcoholic actor flubbing lines, etc.). And the second suggestion? Take a pee break before this 2 hour and 41 minute epic begins....

As anyone who has ever gone to the movies with me will attest, I always ask the same two questions on leaving the theater: "What did you like best? And what did you like least?" (It's my way of curbing too much filmic filibustering.) To answer my own two questions, the script's ending had the most original twist I think I've ever seen. And the worst thing about "Once Upon A Time....."? Too damn long. I would have cut an hour's worth of this tale. But now that Quentin T. has earned his screenwriting chops with two Academy Awards to his credit (Django Unchained, 2012; Pulp Fiction,1994), he thinks he can do no wrong.

So many great scenes... Sharon Tate (played with delightful innocence by Margot Robbie), sitting in the audience enraptured by her own performance in a Dean Martin movie; Leonard Di Caprio chastising himself in the mirror for being too drunk to remember his lines; Brad Pitt's pit bull waiting to eat his dinner until his master chows down. I could go on and on. But so did all of these scenes!

The attention to detail—the vintage cars, the well known eateries in Hollywood, the hippy outfits, the musical score—was impressive. Hats off all the behind-the-scenes production people who made it possible.

I'm glad Tim liked it. But me? Too long. Too disjointed. And too repetitious. (And I can't help wondering how the families of Sharon Tate, Jay Sebring and Abigail Folger would feel about this film.)

Posted by Timoteo at 6:22 AM No comments: Links to this post